From Arafat to Abbas, nothing fundamental has changed within the Palestinian Authority or in any of its sister terrorist organizations. In the prevailing Palestinian view, formal and informal, Israel remains the immutable focus of proposed eradication, although the language is usually more finessed and the tactics now more cleverly disguised. Not even the reciprocal Israeli surrenders (“Land For Nothing”) are really new, as Prime Minister Sharon’s “disengagement” is just the latest delusionary expression of a recurrently tragic Jewish history.

Mahmoud Abbas, now known also as Abu Mazen, was part of the small fanatical group that founded Fatah in 1959. He was always a loyal follower of Yasir Arafat, pretended to “study” in Moscow, and penned a so-called “doctoral thesis” that celebrated Holocaust denial as a proper academic genre. Now called a “moderate” by the Israeli and Jewish Left, his unambiguous life goal remains the total destruction of Israel. When he agrees intermittently to halt the “armed struggle,” it is always only for a strictly limited period and only as a patently tactical expedient. In other words, for the moderate Abbas, the mass murder of Jewish women and children should be controlled not because it is wrong, but because it slows down the Islamically-sanctified metamorphosis of Israel into “Palestine.” For moderate Abbas, genocide against Jews is not morally objectionable, just inconvenient.

Abbas has listened approvingly to Friday sermons in the mosques that recall the following Qur’anic verse: “The punishment of those who wage war against Allah and His Prophet and strive to make mischief in the land, is only this – that they should be murdered or crucified, or their hands and feet should be cut off on opposing sides, or they should be imprisoned.” As to those Muslims who allegedly collaborate with America or Israel, they are “Murtaddun” (apostates), whose lives are “free prey.” In this respect, according to recent verdicts issued by The Shari’ah Court of the United Kingdom, “There is no difference between a man and a woman….It is permissible to shed the blood of a woman who is a heretic (“Harbiyya”) even if her fighting is limited to singing….”

This is a snapshot of the Palestinian movement for statehood now ardently championed by the President of the United States. With such support, the Palestinians under Abbas continue to seek “national self-determination.” In principle, at least, this objective could even have some identifiable merits under authoritative international law, but not, by any means, where it is sought upon a rising mountain of “apostate” and Jewish corpses.

What kind of a people seeks statehood by targeting infants and children, and then proceeds to hail the murders as a “military operation?” Let us be candid. All Palestinian terror groups are stunningly unique in their wantonness. Refusing to consider any Jew, anywhere, as protected from indiscriminate violence, these groups currently hold back from the next planned wave of suicide bombers primarily for narrow tactical reasons. Once it becomes clear that Israel is being irremediably transformed into “Palestine,” and that Sharon’s own planned summer deportation of Jews from Jewish lands has cleared a usable path for Arab rockets and perhaps even radioactivity, a deafening paroxysm of synchronized explosions will surely tear across Israel. When this happens, the reaction of “ordinary” Palestinians will be exactly the same as it was on September 11th – absolute jubilation.

All major Palestinian groups, directly or indirectly, are committed by their various charters and covenants to both genocide and crimes against humanity. This is hardly an exaggeration, as the published expectations of all Palestinian terror groups plainly call for the physical destruction of Israel. According to The Covenant of Hamas, the Islamic Resistance Movement is “universal.” All Palestinian groups – whether it be the Palestine Liberation Organization (PLO) and its subunits or any other “revolutionary” faction – share an understanding that “There is no solution for the Palestinian question except through Jihad….(Holy War).” As for Israel, all Palestinians have a firm and unchallengable obligation to “obliterate it.” The Charter of the PLO mirrors the Hamas Covenant, calling the “nucleus” of the Palestinian movement only those who are “fighters and carriers of arms.”

In Islamic parlance, all war dictated by the Shari’ah is necessarily “holy.” Yet, the Arabic word JIHAD, which has the literal meaning of “effort,” “striving,” or “struggle,” ought to be approached with the greatest seriousness. A basic commandment of Islam, JIHAD in an obligation imposed upon all Muslims by Allah, and is patently military in intent.

Derived from the universality of Muslim revelation, JIHAD calls upon those who have accepted Allah’s message and his word to strive (JAHADA) relentlessly to convert, or, at a minimum, to subjugate those who have not been converted. Regarding the State of Israel, this obligation is imposed without any limits of space or time. Indeed, this obligation must continue until the entire world has accepted Islam or has submitted to the power of the Islamic State.

The Palestinian Authority and its allied organizations are obligated to refrain from incitement against Israel not only by the general body of pertinent and peremptory international law (law so fundamental that it can never permit any derogation), but also by the Interim Agreement (Oslo II). Here, at Article XXII, it states precisely that Israel and the PA “shall seek to foster mutual understanding and tolerance, and shall accordingly abstain from incitement, including hostile propaganda, against each other….” In the Note For The Record which accompanies the Hebron Protocol of January 15, 1997, the PA reaffirmed its commitment regarding “Preventing Incitement and Hostile Propaganda, as specified in Article XXII of the Interim Agreement.”

What may not be so easily understood is that the Genocide Convention criminalizes not only various acts of genocide, but also (Article III) conspiracy to commit genocide and direct and public incitement to commit genocide. Articles II, III and IV of the Genocide Convention are fully applicable in all cases of direct and public incitement to commit genocide. For the Convention to be invoked, it is sufficient that any one of the State parties call for a meeting, through the United Nations, of all the State parties (Article VIII). Although this has never been done, the United States should consider very seriously taking this step while there is still time. Israel, too, should become an obvious co-participant in this call, but it is now certainly unlikely that a Sharon government will seek redress under broad multilateral conventions.

The Genocide Convention is not the only authoritative criminalization that can and should be invoked against the interminable and illegal Palestinian calls for the mass murder of Jews. The 1965 International Convention on the Elimination of All Forms of Racial Discrimination could also come productively into play. This treaty condemns “all propaganda and all organizations which attempt to justify or promote racial hatred and discrimination in any form,” obliging – at Article 4(a) – State parties to declare as “an offense punishable by law all dissemination of ideas based on racial superiority or hatred, incitement to racial discrimination as well as all acts of violence or incitement to such acts against any race or group of persons.” Article 4(b) affirms that State parties “Shall declare illegal and prohibit organizations, and also organized and all other propaganda activities, which promote and incite racial discrimination, and shall recognize participation in such organizations or activities as an offense punishable by law.” Still further authority for curtailing and punishing Palestinian calls for the genocidal destruction of Jews can be found at Article 20(2) of the International Covenant on Civil and Political Rights: “Any advocacy of national, racial or religious hatred that constitutes incitement to discrimination, hostility or violence shall be prohibited by law.”

All terrorist groups, of course, emphasize violence and the use of force, but the Palestinian groups are distinctive in several important ways. Most significant of all is that, for the Palestinians, violence is sometimes even its own reward. Often rejecting more demonstrably instrumental views of force, Hamas, PLO and all other movement organizations have on occasion come to regard terror violence as an end in itself. The root of this dark sentiment lies in their common and all-consuming religious hatred of “The Jews.”

LOUIS RENE BERES was educated at Princeton (Ph.D., 1971) and is author of many books and articles dealing with terrorism and international law. He has on occasion been associated with certain federal agencies on issues of counterterrorism, and has contributed to such Department of Defense publications as Parameters and Special Warfare. Professor Beres is Strategic and Military Affairs columnist for The Jewish Press. 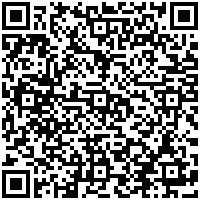