As this is being written, Chuck Hagel has yet to be confirmed as secretary of defense. Whatever the outcome of the Senate vote over his nomination, the views Hagel would have brought (or will in fact bring) to this post are extremely problematic.

To take one important example, he is on the record as supporting Global Zero. This is an organization calling for abolition of all the world’s nuclear weapons. Another prominent adherent of this movement is former president Jimmy Carter.

Oy vey. This high-minded call for across-the-board nuclear abolition is more than impractical. Plainly, it is also undesirable. For Israel, in particular, any Global Zero-style “solution” could be more than merely unhelpful. It could be authentically catastrophic.

History can instruct. The risks of war between enemy states are not automatically enlarged by any expanded powers of destruction. Sometimes, Hagel should understand, the correlation between war risks and weapon destructiveness can be substantially less direct, or even inverse.

Hagel fails to understand. Utterly. Nuclear weapons are not the real problem. In fact, by themselves, these weapons are neither good nor evil. In certain cases, they can provide the most credible basis for strengthening deterrence.

For Israel, nuclear weapons, whether ambiguous, or (possibly in the future) disclosed, can serve as significant impedimentsto war.

Hagel should now be looking toward a world that exhibits fewer risks for war and terror. While awaiting the Senate’s verdict on his nomination, he would have done well to focus on creating an improved U.S. strategic doctrine. This doctrine would concern not only principal jihadist adversaries but also still-prospective national foes in Russia, North Korea, Iran, and a conceivably post-coup Pakistan. Any such doctrine could have profound survival implications for Israel.

During the 1950s the United States first began to codify various doctrines of nuclear deterrence. The world then was tightly bipolar, and the enemy was the Soviet Union. American national security was openly premised on a strategic policy called “massive retaliation.” Over time, that stance evolved into “flexible response.”

Today the world is characterized by multiple and inter-penetrating axes of real and potentially violent conflict. There are almost four times as many countries as existed in 1945. In this expresslymultipolarworld, Russia, which had once assumed diminished importance in optimistic American strategic calculations, is once again a legitimately major concern.

In part, the Russians are spurred on in their ambitious nuclear invigorations by a plausible fear of planned U.S. ballistic missile defenses in Europe. Such active defenses, in the Russian view, would threaten the long agreed upon deterrence logic of “mutual vulnerability.”

What should be done?

Among other steps, it is time to gather together America’s best strategic thinkers and put them to work on a present-day equivalent of the Manhattan Project. This time, however, the task would not be to develop any new form of super weapon. Yet this project should not become a pretext to oppose nuclear weapons per se. After all, without a nuclear “balance of terror” during the Cold War, it is likely there would have been a third world war.

Precisely because the man President Obama felt comfortable choosing as secretary of defense seems to draw his principal strategic policy options from idealized assumptions about worldwide nuclear disarmament, Americans need to understand that they remain at risk of unprecedented enemy attacks.

As for Israel, the existential perils of naive strategic thinking are even greater.

There will not be a “nuclear weapons-free world.” And, at least for now, there should not be such a world. It is a bad idea on its face, one that is not only impracticable but also misguided in principle.

The administration should work to create a greatly improved U.S. strategic doctrine, one that would examine, inter alia, fundamentally new directions in preemption (“anticipatory self-defense”), active defense and cyber-war. Such a coherent and purposeful macro-plan is sorely needed to serve critical national security needs in Washington and Jerusalem. Consciously detached from any naive and misconceived ideas about nuclear weapons, it could ultimately prevent major enemy aggressions against both the United States and Israel. 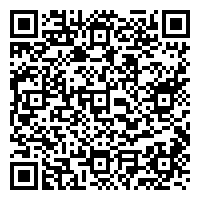