The first and only time I said I was a rabbi was also the first and only time I had a gun pointed at me. What led me to that moment was my need to stay on the Upper West Side for a Shabbos and a hospitality committee that arranged for me to stay with a man who lived in the former janitor’s apartment on the fifth floor of a synagogue.

Single and becoming more religious, I relished the time I spent in that community, with the Beginner’s Service at Lincoln Square Synagogue and a wide array of people inviting others into their homes for Shabbos sleepovers and meals.


My Shabbos roommate (I’ll call him Yaakov) asked me to arrive a little early on Erev Shabbos so he could explain our individual comings and goings, as we would be eating out that night at different homes in different apartment buildings. But I was delayed on the subway and when I finally arrived, Yaakov, busily getting ready for Shabbos, had very little time to explain the complex details of my entrance to his apartment if I got back before him.

As it turned out, following the lively davening among the friendly congregants, my gracious host accompanied me back to his apartment. We engaged in a spirited and spiritual conversation.

The Torah portion was Vayigash and since I consider telling the truth one of the foundations of my essence, I was enthused to talk about how Yosef was finally able to reveal to his brothers who he really was. He wasn’t only some very powerful viceroy from the most powerful country in the world. He was the brother they had sold into slavery so many years prior.

After a tasty dinner and stimulating words of Torah, I walked the mile and a half back to the shul where I was staying, a place I found both peaceful and invigorating.

Having seen the premises only by day, I now found it challenging to remember what door to enter. I kept thinking that it must have looked odd – and potentially scary – for someone in the street or from the shul to see a stranger trying to open each door of the shul.

Then I heard a voice. “Oh, you want that door.” I turned and saw a woman in a nice robe and holding a candle, pointing to what she believed was the correct way for me to enter.

Despite the woman’s sweet smile and my somewhat weird feeling (why was she so friendly to a stranger who could have been an intruder, and why was she walking in the street holding a candle? I asked myself) I opened the suggested door. I thanked her and walked into the shul.

Yet again, quite a difference between day and night. The entranceway was dark and I felt my way along the locked doors that led into the sanctuary. I finally found the door to the staircase that would lead me up to the 5th floor apartment in which I was staying.

With each tentative step I took up the stairs I heard creaking from the floorboards, which made me feel uneasy. And I went beyond uneasy when my imagination started playing tricks on me. Passing the ladies section I imagined hearing a blending of all the prayers that had been said there over the decades. Aware that the door had been left open downstairs and how anyone could have been on that darkened stairway escalated my foreboding. I was now frightened.

A feeling of tremendous relief and immense gratitude to Hashem came over me when I finally made it to the fifth floor and saw the light on underneath the door of the apartment in which I was staying. True to my roommate’s word the door was open, and when I walked in I reentered the oasis of calm that is Shabbos, made more tranquil by the juxtaposition of my all-too-recent fears and my current safe situation.

I called out my roommate’s name but he hadn’t returned yet from dinner. Not ready to go to sleep, I began reading the Torah portion of the week from a Chumash. I was stirred by Yehuda’s courageous plea to the man he thought was the viceroy of Egypt to let him stay as the viceroy’s servant in place of his youngest brother Binyamin, who would go home to their beloved father, Yaakov. 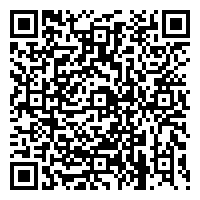