Every year Iranian President Mahmoud Ahmadinejad instructs the UN General Assembly that Israel is a defiling historical error, a hideous mistake bound to be rectified. Sometimes he goes cheerfully beyond such a narrowly predictive denunciation and proceeds to offer an alleged rationale for Israel’s “disappearance.”

What has yet to be examined, however, in any serious and systematic fashion, is whether the Iranian president has actually been urging genocide, and whether, in aptly defensive response, the Israeli prime minister has a verifiably legal right to strike first.


Under international law, genocide has a very precise jurisprudential meaning. This specific content is most plainly and authoritatively defined at the Convention on the Prevention and Punishment of the Crime of Genocide. According to this 1948 treaty, which entered into force in 1951, and is also binding upon non-signatory states as customary international law, pertinent violations are not confined to specific enumerated acts “committed with “intent to destroy….” They also include “conspiracy to commit genocide,” and even “incitement to commit genocide.”

Now, in what amounts to a conveniently mobilizing mantra, one which the regime in Tehran repeats incessantly, as if it were a religious incantation, Ahmadinejad speaks of winning a divinely-mandated war against the “Zionist regime.” In law, significantly, war and genocide are not mutually exclusive. Genocide, unlike earlier Nuremberg-defined crimes against humanity, which must take place “before or during the war,” is not linked to belligerency. Rather, it is an egregious crime that can be carried out “in time of peace, or in time of war.”

War can even be the preferred means used to implement genocide. History, especially during the twentieth century, makes this clear. Often, in fact, war has been selected as the optimum core strategy for most efficiently destroying selected populations of despised “subhumans.”

International law is not a suicide pact. No state is ever obliged by contemporary legal rules to passively await an expected infliction of genocide. This principle, peremptory because it is fundamental and overriding, includes those exterminatory belligerencies that conveniently masquerade as war.

Under both codified and customary legal rules, every state ultimately maintains an inherent right to individual or collective self-defense.

In express violation of the 1948 Genocide Convention, President Ahmadinejad’s ongoing calls for Israel’s “disappearance” are not simply sinister cartographic fantasies, they are also determinably genocidal under law. Further, in view of Iran’s corollary unwillingness to abide by its obligations under both the UN Charter and the 1968 Nuclear Nonproliferation Treaty (NPT), Ahmadinejad also chooses to willfully disregard the always binding norms of more general international human rights law. These complementary jus cogens violations (the formally correct terminology for peremptory rule-breaking under international law) are enlarged by Iran’s unhidden support of Hizbullah and other major terrorist groups.

Iran is now finalizing its construction of a nuclear weapons capability. Openly, the Tehran regime regards nuclear weapons as an acceptable means to create a world without Zionism. As for any sort of reconciliation with Israel, Iran’s president has triumphantly declared: “Anybody who recognizes Israel will burn in the fire of the Islamic nation’s fury; any Islamic leader who recognizes the Zionist regime means he is acknowledging the surrender and defeat of the Islamic world.”

Let us not be disingenuous. This declaration is not hard to decipher. Israel likely faces a zero-sum game with Iran, a life-or-death contest in which one state’s ultimate victory will require the other’s total defeat. Very soon, therefore, Israel’s leaders will have to make unprecedented final decisions on launching defensive first strikes.

Could such strikes be legal? Is the case for legality strengthened by Iran’s willingness to go beyond aggression to genocide? Does the Genocide Convention address itself to the vital issue of anticipatory self-defense?

To be sure, at less than half the size of a county in California, Israel’s “wiggle room” in such matters of strategic survival is very limited.

Ironically, over the past several years – though Israel has never directly threatened Ahmadinejhad with preemption (that is not the purpose of setting “red lines”) – Tehran has nonetheless extrapolated such a threat from an introspective awareness of its own first-strike intentions. Cleverly, perhaps, knowing Israel has the most to fear from Tehran’s unhindered nuclear program, Iranian leaders now ritualistically complain that it is the “Zionists” who are preparing for aggression. 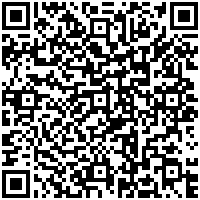