Attorney General Yehuda Weinstein of Israel is now targeting private batei din. He says that issuing a seruv (letter of refusal) against an individual who is unwilling to appear before a beis din is illegal. A beis din would issue a seruv even when a person wishes to take the case to a civil court.


The seruv may carry a number of sanctions, including defamation of the recipient’s character, placing him in cheirem (excommunication), or other measures. Weinstein says that such action taken against someone adjudicating a case in civil court may constitute a crime, including interference in a legal proceeding or even more serious charges such as threats and extortion. Weinstein said that this is a violation of one’s fundamental rights.

The attorney general’s new directive is intended primarily for private batei din, not those affiliated with the Chief Rabbinate system.

The Lakewood mashgiach, HaGaon HaRav Matisyahu Solomon, shlita, says that one who believes that lomdei Torah are not actively ‘sharing the burden’ is speaking apikorsus.

The mashgiach explained that there are those who believe that “we simply take from others without contributing. They believe that we do not share in the burden. Chazal teach us that one who muses, ‘of what benefit is it to me that there are rabbanim’ is an apikorus, for every talmid chacham who studies Torah gives the world more than all the others. We are aware that we give more than we take, but the world perceives the situation differently, as if we take without giving a thing.”

He spoke of the enormous responsibility resting on the shoulders of the lomdei Torah, for this is the koach that has the potential to save us – including saving us from those trying to pull lomdei Torah to a different path, chas v’shalom.

The mashgiach said that if there is a kitrug on the Torah, the Gra teaches us that this is a sign that there are complaints against us in shamayim. Although we do not have prophets today, we know that Hashem works with middah k’neged middah, and we must see from where our troubles are coming in order to be informed as to where the teshuvah and ma’asim tovim must be focused.

Rebbetzin Ruchoma Shain passed away this past Motzaei Shabbos in Lakewood, New Jersey at the age of 98.

She authored many books, including her most famous work, the classic All for the Boss – which had an enormous effect on so many individuals. That book focuses on her father, Rabbi Yaakov Yosef Herman, and many other gedolim. The rebbetzin grew up surrounded by some of the greatest pre-World War II gedolim, such as Reb Baruch Ber Leibowitz and his son-in-law, Rav Reuven Grozovsky; Rav Eliezer Yehuda Finkel, the rosh yeshiva of the Mir; Rav Avraham Kalmanowitz; and Rav Eliyahu Eliezer Dessler. In her book, she portrays the Torah values that she absorbed while in her father’s house.

When Reb Baruch Ber came to America to raise funds for his yeshiva, he stayed at the Herman’s home. Reb Baruch Ber called Rav Herman the “Chofetz Chaim of America,” for he would educate and spread Torah values in the U.S. Rav Herman was also known for his tremendous hachnassas orchim; his home was always open to all guests.

Rabbi Shimshon Dovid Pincus (1944 or 45-April 2001) was an American who grew to become a giant in Torah and mussar. He served as chief rabbi of Ofaqim in Israel for the last 20 years of his life. 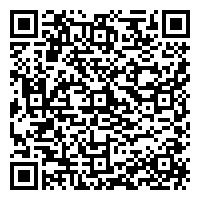