Mr. President, some foreign policies need to be carefully thought through a second time. Your “two-state” approach to peace between Israel and “Palestine” wrongly accepts the core argument of an Israeli “occupation.” Even the most cursory look at pertinent world history would reveal compelling legal reasons to now reject this unfounded argument.

Consider, for example, that organized Arab terrorism against Israel began on the very first hour of Israel’s independence, in May 1948. This meticulously planned corollary to the Arab world’s self-proclaimed “war of annihilation” took place almost twenty years before there were any “occupied territories.” Indeed, virulent anti-Jewish terrorism in the British Mandate period had actually taken place many years before Israel’s UN-announced statehood.


But one must begin at the beginning. The Palestine Liberation Organization (PLO) is the historical source of the current Palestinian Authority (PA). What were its objectives? Significantly, it was founded in 1964, three years before Israel ever came to control the West Bank (Judea/Samaria) and Gaza. What, then, was the PLO planning to “liberate” between 1964 and 1967, when Egypt controlled Gaza illegally, and Jordan occupied the West Bank (Judea/Samaria) illegally?

Mr. President, the logical answer must be all of Israel – that is, everything within the “green” armistice lines of 1949. Yet these are precisely the 1967 borders you have repeatedly identified as the appropriate starting point for current peace negotiations.

What more should we know about the PLO? Though not widely mentioned by your administration, it was explicitly declared a “terrorist organization” in several U.S. federal court decisions, including the widely cited Tel-Oren v. Libyan Arab Republic (1984).

Earlier, Prime Minister Ariel Sharon, hopefully seeking peace with the always-recalcitrant Palestinians, had forcibly expelled more than 10,000 Jews from Gaza and northern Samaria. Immediately, these areas were transformed by Hamas from productive growing lands and living areas to terrorist rocket-launching sites. In response, Israel had to mount a pair of major counterterrorist operations (Cast Lead and Pillar of Defense) just to protect its noncombatant populations from increasingly gratuitous and expansive rocket attacks. Ultimately, these indispensable self-defense operations wound up killing innocent Palestinians as well as innocent Israelis. So much for the Hamas commitment to “self-determination.”

Mr. President, why aren’t the Palestinians reasonably expected to cease deliberate and random violence against Israeli civilians before being admitted into the civilized community of nations? Isn’t it clear that they actually seek something other than an “end to occupation?” Isn’t it already very likely that both Fatah and Hamas still regard all of Israel as “occupied” territory? After all, their official maps, long familiar in Washington, still include all of Israel as part of “Palestine.”

Mr. President, without an alleged occupation there could remain no possible legal or moral justification for Palestinian policies of relentless terror. Nonetheless, the fact that “occupation” is a contrived legal fiction has had little or no impact on your administration’s core position on Palestinian statehood. Nor, somehow, has it occurred to any supporters of Palestinian statehood that both Hamas and Fatah still find their common ideological mentors in Hitler and Goebbels, two figures for whom the prospective rulers of a nascent “Palestine” are openly ardent objects of admiration.

Mr. President, at its heart, your policy toward Israel and “Palestine” reveals certain incremental bewitchments of language. Over the years, Arab patience in building an expanding Palestinian state on mountains of Israeli corpses has drawn systematically upon achieving a prior linguistic victory. In fact, the ritualistic canard of an Israeli “occupation” has now been repeated so often that it has generally been taken as an irrefutable fact.

Mr. President, why is it disregarded that an Israeli “occupation” just happened to follow the multi-state Arab aggression of 1967? Egypt, Syria and Jordan, hardly evident democracies, have never denied this aggression. And who bothers to recall that these very same Arab states were also the principal aggressors in the expressly genocidal Arab attacks that first began on May 15, 1948? This combined assault took place literally moments after the new Jewish state’s UN-backed declaration of independence. 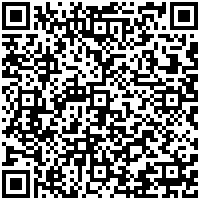