I am interrupting my series of columns on the power of prayer to focus, this week and next, on the atrocity that occurred two weeks ago in Newtown, Connecticut, and its repercussions.

Who among us can find the words to console the tragically stricken parents whose lives have been forever shattered? The scars are so deep and the pain so all-encompassing. There are no words of consolation that can bring relief to their bleeding hearts. Mothers and fathers who received the nightmarish news – your little girl, your little boy, was gunned down in school. In school? Children killed in school?


There are no magic words that can give these stricken parents even a moment of relief, and if anyone knows this it is we, the Jewish people; our blood-drenched history testifies to it.

I am not only referring to the Holocaust, in which untold numbers of parents saw their children slaughtered before their very eyes and children witnessed their parents disappear into the gas chambers. No, I do not have to go so far back; just look at what is happening today in Israel. It is a tiny land, a mere dot on the map, but in that little country there is always a place where sirens shriek and children have to run for their lives.

So we Jews understand pain and sorrow. We have been there and, sadly, we are still there.

We weep for the beautiful children of Newtown when we see the photographs of those precious innocent souls who before they could even embark on their lives were plucked from this world by a mad gunman. And then we see pictures of the heroic teachers, and the principal and the school psychologist, who sacrificed their lives to protect the children.

Tragically, Newtown was not a first. The list of school shootings is growing. True, this is the first time children so young were the victims. But to a mother or a father of a slain child, there is no difference if the son or daughter was 16 or 6. No matter how many years will pass, no matter how many celebrations will come, these parents will always have a terrible shadow following them. Their pain is so deeply engraved on their souls that it can never be erased.

How do we react to this hellish nightmare? How do we reign in the evil? How do we control a society that has gone mad and, wittingly or unwittingly, allowed violence to flourish?

Many government officials, individuals and organizations are calling for gun control. No doubt it is a critical first step, but we also have to recognize that it is we who have made this possible; we who have allowed automatic rifles and other deadly weapons to be so easily available.

Having said this, we have to recognize it is not only guns that kill but a culture that tolerates and feeds unbridled violence; a culture where anger, degeneracy and moral sickness have become the norm. If have any doubt, consider the Internet, and films, and TV, and the bloody video games children play from a tender age, and the rap music lyrics that celebrate evil.

And give a thought to the role models we emulate – athletes and movie stars who in increasing numbers are either addicts or abusively violent to girlfriends or wives – or both. And it’s not only in the world of entertainment that we see this decadence; sadly, it is prevalent even among those who hold the most honored positions in all walks of life.

All of this feeds an already sick and violent society. There are no controls. Anything – and everything – goes.

I happen to be a frequent flyer. It’s not to visit new sights or old ones that I fly but to see my people, to reach into their hearts and awaken the Jewish spark within. On these plane trips I work on my columns or my forthcoming book or I open my book of Tehillim – Psalms. Invariably, though, I can’t help but notice what passengers near me are watching on the screens. It’s always something drenched in violence or sick sex. This is what people young and old are absorbing as they fly high up in the sky. 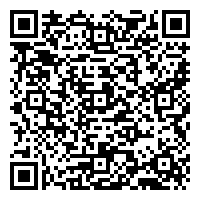