For the moment, at least, a state of Palestine does not exist. Historically, of course, such a country has never existed. Nonetheless, current supporters of Palestinian statehood (sometimes Jews as well as Arabs) have discovered substantial practical benefit in persistently referring to Israel and “Palestine” as if there were some existing legal equivalence between them. Indeed, repeated again and again, ritualistically, as if it were an incantation, such propagandistic usage is already transforming “Palestine” into a jurisprudential fait accompli.

At some point, perhaps sooner than later, Hamas and the Palestinian Authority will be able to agree on the basic boundaries and parameters of an independent Palestine. Though Prime Minister Netanyahu has insisted that any such twenty-third Arab state must immediately be demilitarized, Palestinian leaders will be under no actual legal obligation to comply. This is the case even if they should initially agree to demilitarization in their pre-independence compacts with Jerusalem.


What will happen next? Once it is formally established, a new state of Palestine will quickly become a staging area for incrementally expanding terror and war against Israel. More than likely, this transformation will take place while Hizbullah escalates its own rocket operations against Israel from Lebanon. Depending on the still uncertain outcomes in Syria, and also in Iran, the ferocity of such aggressions could compel Israel to launch renewed forms of self-defense in several theatres of conflict, and at the same time.

Israel’s indispensable efforts to defend its citizens from mounting threats will be met with a sanctimonious barrage of assorted international criticisms. Though international law naturally allows any similarly imperiled state to use necessary force preemptively, Israel’s expected efforts to stave off existential harms will assuredly be singled out for special condemnation. Ironically, the condemners could include the United States, even as Washington would continue to accelerate its daily drone attacks that kill and wound noncombatants in Afghanistan, Pakistan, and Yemen.

Humanitarian international law, or the law of war, requires that every use of force by an army or by an insurgent group meet the test of “proportionality.” Drawn from the core legal principle that “the means that can be used to injure an enemy are not unlimited,” proportionality stipulates, among other things, that every resort to armed force be limited to what is necessary for meeting appropriate military objectives.

This important principle of both codified and customary international law applies to all judgments of military advantage, and also to all planned reprisals.

Proportionality does not mean that the defending state, here Israel, must limit its use of force to the “amount” being used by the other side. Also, proper determinations of proportionality need not be made in a geopolitical vacuum. Instead, these legal decisions may always take into consideration the extent to which an adversary has committed prior or ongoing violations of the law of war.

In the frequently interrelated examples of Hamas/Islamic Jihad/Fatah terrorists in Gaza, and the Hizbullah terrorists in Lebanon, there is ample evidence that all of these belligerents have repeatedly been guilty of perfidy.

In law, deception can be acceptable in armed conflict, but the Hague Regulations expressly disallow the placement of military assets or military personnel in any heavily populated civilian areas. Further prohibition of perfidy can be found at Protocol I of 1977, additional to the Geneva Conventions of 1949. These rules are also binding on the basis of an equally authoritative customary international law.

Perfidy represents a very serious violation of the law of war, one that is even identified as a “grave breach” at Article 147 of Geneva Convention IV. The legal effect of perfidy committed by Palestinian or Hizbullah terrorists, especially their recurrent resort to “human shields,” has been to immunize Israel from legal responsibility for any inadvertent counter-terrorist harms done to Arab civilians. But even if Hamas and Islamic Jihad and Fatah and Hizbullah have not always engaged in deliberate violations, that is, even if there was no consistent mens rea, or criminal intent, any terrorist-created links between civilians and insurgent warfare bestowed upon Israel an unambiguous legal justification for military self-defense.

This is not to suggest that Israel should be given jurisprudential carte blanche in its defensive applications of armed force, but only that the reasonableness of these applications must always be appraised in the specific context of identifiable enemy perfidy. Israel should be treated as any other state under the law of war, no better but also no worse. 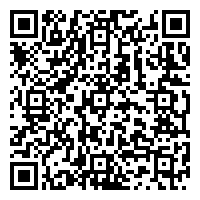