Despite altogether unimagined transformations of weapons technologies, some ancient principles of warfare remain entirely valid. Founded upon the essentially persistent nature of human behavior in organized conflict, these principles can be ignored only at great strategic risk. For the always-imperiled state of Israel, there is especially much to be learned from certain elements of past thought. This includes the unchanging requirements of national survival.

Chinese military thought originated amidst Neolithic village conflicts almost 5,000 years ago. But it was Sun-Tzu’s The Art Of War, written sometime in the fifth century BCE, that synthesized a coherent set of principles designed to produce military victory. The full corpus of this work should now be studied closely by all who seek to strengthen Israel’s military posture and its associated order of battle. Indeed, confronted by a steadily deteriorating “correlation of forces” after the recent Lebanon war and the ongoing nuclearization of Iran, Israel now needs to re-evaluate the very meaning of power in world politics.

Israel’s leaders should begin with Sun-Tzu’s principles concerning diplomacy. Political initiatives and agreements may be useful, they will be instructed, but military preparations should never be neglected. The primary objective of every state should be to weaken enemy states without actually engaging in armed combat. This objective links the ideal of “complete victory” to a “strategy for planning offensives.” In Chapter Four, “Military Disposition,” Sun-Tzu tells his readers: “One who cannot be victorious assumes a defensive posture; one who can be victorious attacks…. Those who excel at defense bury themselves away below the lowest depths of Earth. Those who excel at offense move from above the greatest heights of Heaven.”

This advice seems obvious enough. Yet, current IDF (Israel Defense Force) strategic posture depends substantially upon various forms of ballistic missile defense. This is certainly correct and understandable in light of the growing threat of unconventional attack, but it can never succeed adequately.

In essence, by placing too much hope in active defense systems, Israel effectively disavows pertinent preemption options. The result is that Israel could continue to survive only at the pleasure of its enemies. Sooner or later, having been permitted to develop weapons of mass destruction because Israel and the United States had been burying themselves away “below the lowest depths of Earth,” these enemy states – in particular Iran – could attack. Israel’s deterrent posture notwithstanding, there could then come a time in which the power of its implicit nuclear threat would be immobilized by enemy miscalculation, inadvertence, mechanical accident, false warnings, unauthorized firings (e.g., coup d’etat) or even outright irrationality.

Some would argue that Israel has already lost the offensive preemption option with respect to Iranian WMD (weapons of mass destruction). As a consequence of enemy multiplication, dispersal and hardening of these infrastructures, goes the argument, Israel can now only wait until the time comes for it to retaliate. Such total reliance upon deterrence and active defense, if this argument were correct, would represent an existential (and potentially fatal) indifference to the still-valid general principles of classic Chinese military strategy.

There is another section of the The Art Of War that can help Israel to compensate for any disproportionate reliance upon implicit nuclear deterrence and ballistic missile defense. This is Sun-Tzu’s repeated emphasis on the “unorthodox.” Drawn from the conflation of thought that crystallized as Taoism, the strategist observes: “…in battle, one engages with the orthodox and gains victory through the unorthodox.” In a complex passage, Sun-Tzu discusses how the orthodox may be used in unorthodox ways, while an orthodox attack may be unorthodox when it is unexpected. Taken seriously by IDF planners, this passage could represent a subtle tool for tactical implementation, one that might purposefully exploit an enemy state’s particular matrix of military expectations.

For Israel, the “unorthodox” should now be fashioned not only on the battlefield, but also long before the battle; indeed, to prevent the most dangerous forms of battle, which would be expressions of all-out unconventional warfare, Israel should examine a number of promising postures. These postures would focus upon a reasoned shift from an image of “orthodox” rationality to one of somewhat “unorthodox” irrationality. This is what the late American nuclear strategist Herman Kahn once called the “rationality of pretended irrationality.” For now, every enemy of the State of Israel knows pretty much exactly how Israel will initiate major military action and how it will respond to armed attack and armed conflict initiated by others. If, however, Israel did not always signal perfect rationality to its enemies − meaning, that its actions (defensive and offensive) were always completely measured and predictable − it could significantly enhance both its overall deterrence posture and its capacity to carry out purposeful preemption options. This same lesson applies, by the way, to the United States, which is always mired in altogether predictable policies.

Everyone, it seems, has heard something about the “Samson Option.” This is generally thought to be a last resort strategy wherein Israel’s nuclear weapons were used not for prevention of war or even for war-waging, but simply as a last spasm of vengeance against a despised enemy state that had launched massive (probably unconventional) counter-city and/or counterforce attacks against Israel. Here, faced with an “End of the Third Temple” scenario, Israel’s leaders would accept that the Jewish state could no longer survive, but that it would only “die” together with certain of its enemies.

The view of the “Samson Option” from the Arab/Iranian side is clear. Israel would resort to nuclear weapons only in reprisal, and only in reprisal for overwhelmingly destructive first-strike attacks. Correspondingly, anything less than an overwhelmingly destructive first-strike would elicit a measured and proportionate Israeli military response. Moreover, by striking first, the Arab/Iranian enemy likely knows that it would have an advantage in “escalation dominance,” allowing it to control the “ladder” of escalation. These calculations would follow from the more or less informed enemy view that Israel will never embrace the “unorthodox” on the strategic level, that its actions will probably be reactions, and that these reactions will always be limited.

What if Israel fine-tuned its “Samson Option”? What if it did this in conjunction with certain doctrinal changes in its longstanding policy of nuclear ambiguity? By selectively taking the bomb out of the “basement” and by indicating simultaneously that its now declared nuclear weapons were not limited to “Third Temple” scenarios, Israel might go a long way to enhancing its national security. It would do this, in part, by revealing a departure from perfect rationality − in essence, by displaying the rationality of threatened irrationality. Whether or not such a display would be an example of “pretended irrationality” or of an authentic willingness to act irrationally would be anyone’s guess. It goes without saying that such an example of “unorthodox” behavior by Israel could actually incite enemy first-strikes, or at least hasten the onset of such strikes as may already be planned, but there are ways for Israel in which the “unorthodox” could be made to appear “orthodox.” To discover and identify these ways should now be a priority concern for IDF planners and their academic allies.

Louis Rene Beres was educated at Princeton (Ph.D., 1971) and is the author of many books and articles dealing with nuclear strategy and nuclear war. He is Strategic and Military Affairs columnist for The Jewish Press, and Chair of “Project Daniel.” 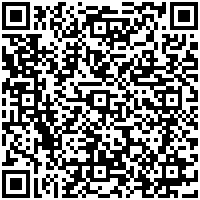