In Claude Lanzmann’s monumental documentary, SHOAH, one of the surviving leaders of the Warsaw Ghetto uprising remarks: “If you could lick my heart, it would poison you.” Sadly, the time may still come – if Prime Minister Olmert is permitted to continue following Washington’s cartography – that surviving Israelis will someday express similar sentiments. In fact, it is precisely to prevent such an unforgivable repetition of Jewish history that hundreds or thousands of Israelis may soon need to embark upon wider civil disobedience and larger-scale military refusals. After all, what would be the point of sacrilizing IDF “superior orders” at the expense of Israel’s physical continuance?

The Road Map to Peace in the Middle East now being forced upon Israel by the United States, Russia, the European Community and the United Nations calls for the incremental surrender of Judea and Samaria that are indispensable to Israel’s organic survival as a state. This one-sided piece of diplomatic cartography would open up the entire country to expanded terrorism (including mega-terrorism involving chemical, biological or even nuclear weapons) and to authentically genocidal wars of aggression launched by one or several enemy states. Moreover, in the obvious aftermath of what has happened in Gaza, these pieces of Jewish land carved from the still-living body of Israel would also quickly become a staging area for terrorism against various cities in Europe and the United States. It follows that the Road Map would bring chaos and catastrophe not only to Tel-Aviv, and Hebron, but also to New York, Washington, Paris and London.

Prime Minister Olmert is assuredly under no moral or legal obligation to proceed with the Road Map. Recent promises from Washington of $30 billion in new military assistance is certainly nothing to sneeze at, but even such a staggering infusion of American money could never offset the existential security risks of additional disengagements or – as Olmert prefers to call them – “realignments.” So long as Jewish soldiers actually believe it is their obligation to evict fellow Jews from their homes in Hebron, not even $30 trillion could save Israel from itself.

It might also be worth mentioning here that an early American president, Thomas Jefferson, already understood what has obviously eluded every Israeli Prime Minister from Rabin to Olmert (and arguably even from Begin, who began the post-1967 land surrenders with his craven departures from Sinai). Writing in 1793, in his Opinion On The French Treaties, Jefferson stated: “The nation itself, bound necessarily to whatever its preservation and safety require, cannot enter into engagements contrary to its indispensable obligations.” Perhaps it is time for Mr. Olmert to read Thomas Jefferson.

In the years just before the Civil War, thousands of Americans organized an Underground Railroad to help those fleeing from slavery. At the time, those who participated in this heroic movement were judged lawbreakers by the Federal government, and were imprisoned, usually under the Fugitive Slave Act. Today, however, it is generally recognized that the true lawbreakers of that period were actually those who had sustained the grotesque system of slavery, and that every individual act to vigorously oppose this system had been law enforcing. Similar patterns of recognition should now emerge in regard to IDF refusals to follow manifestly anti-Israel orders.

Through the centuries, distinguished legal theorists (e.g., Bodin, Hobbes, Leibniz) have understood that security is always the first obligation of the state. Where the state can no longer provide even the most elementary security, its leaders can no longer expect obedience. Where the state actively avoids the provision of basic security, as is still the case today in Israel, all citizens have a distinct obligation to resist relevant state policies. In fact, as the Olmert government’s idea of “peace” could lead even to another Jewish genocide (let us recall that, jurisprudentially, war and genocide are not mutually exclusive), this strenuous obligation could arguably go beyond more gentle forms of civil disobedience and military refusals to substantially more vigorous expressions of lawful opposition. International law is not a suicide pact, nor is Israel’s Basic law or Jewish Law.

“If you could lick my heart, it would poison you.” We must never again hear such a tormented remark from the victim of yet another Jewish tragedy – especially from the self-inflicted disappearance of Israel in presumed “compliance” with military orders. Strategically, the correlation of forces is increasingly stacked against Israel, and it will soon take far more than operational ingenuity to save the Jewish State from its recalcitrant enemies. Heaven knows, we Jews have enough trouble from others. We should not now also have to worry about saving the Jewish State from itself.

There is one last point. The Jewish Establishment in the United States is all too often inclined to follow Jerusalem’s lead on international diplomacy and negotiations, irrespective of independent analysis and the obvious history of “Oslo.” In this regard, it is altogether likely that this Establishment will reflexively side with the government in Israel in issuing future blanket condemnations of Jewish civil disobedience. If this happens, individual Jews in this country who genuinely care about Israel should avoid making the same inexcusable mistake. Let them recall that the American Jewish Establishment, in large part, refused to “rock the boat” during the Holocaust.

Memory is the heart of redemption, and we are all obligated, as Jews, to remember and honor the souls of the six million, of the Kedoshim. To meet this sacred expectation, we must never separate ourselves from the fate of our fellow Jews in Israel. If necessary, we must stand opposed to the Jewish Establishment in the United States. More often than we might care to admit, this Establishment seems more concerned with its own power and personal prestige than with its true mission. Moreover, we should never blindly assume that Jewish elected officials necessarily have the correct vision and courage to support Israel’s real interests. They do not.

The forms of Jewish nationalism exhibited by coming waves of civil disobedience in Israel will play a role even beyond Israel’s own physical survival. As Jews, we must understand that the redemption of Israel is essential to the redemption of all humanity. Jewish nationalism is, therefore, much more than a highly valued national security position. As goes Israel, so will go our entire world. Those who will continue to disobey policies of “Land For Nothing” will act not only to preserve the Jewish State for itself, but also to sustain our ultimately unique indissoluble species.

LOUIS RENE BERES (Ph.D. Princeton, 1971) is the author of many books and articles dealing with international law and Israeli security matters. Strategic and Military Affairs analyst for THE JEWISH PRESS, he lectures and publishes widely on terrorism, counter-terrorism, nuclear strategy and nuclear war. 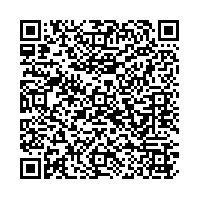