The Olmert government’s September 29 decision to define the Hamas-ruled Gaza Strip as a “hostile entity” was greeted with quite a few raised eyebrows. The move was made at Defense Minister Ehud Barak’s recommendation. Barak explained that defining Gaza as a hostile entity is necessary legally to pave the way for economic sanctions against the area that would otherwise be problematic under international law.

Israel is considering cutting off or curtailing the supply of electricity and fuel to Gaza. International human rights lobbyists claim that such moves would involve collective punishment. This is poppycock.

As Professor Avi Bell of Bar Ilan University Law School explains, the government is under no international obligation to supply Gaza with electricity and fuel. Moreover, the Israeli government does not supply Gaza with fuel and electricity; Israeli companies do – the Israel Electric Company supplies electricity, Dor Energy supplies fuel. The IEC’s power station in Ashkelon that supplies electricity to Gaza is targeted frequently by rockets and mortars shot from Gaza. It is under no legal obligation to maintain its contracts with the Hamas-led Gaza Strip.

The same is the case for Dor Energy, whose gas pipelines have similarly been targeted for attack. If these companies decided they were no longer interested in doing business with Gaza, it wouldn’t be an act of state. It would be a perfectly legitimate business decision.

Israel is also considering closing the passages from Gaza into Israel. This move has also been criticized by the human rights choir as a form of illegal collective punishment. And here, too, the claim has no legal weight whatsoever. As Bell notes, Israel as a sovereign state has the right to determine who and what crosses its borders. It is under no legal obligation to allow Palestinians or Palestinian goods into Israel. It doesn’t even have to justify why it is barring them from entering the country.

The IDF’s misunderstanding of international law and the nature of the international human rights lobby is having a deleterious impact not only on governmental decision-making but on its own operational goals.

On September 21, the Jerusalem Post reported that following the government’s decision, the IDF began working on a proposal calling for “complete disengagement” from Gaza. The plan starts out well enough. It calls for the complete and permanent closure of all entry points to Israel from Gaza. That makes sense. Again, Israel has no duty to act as Gaza’s window to the world.

The problems with the plan begin with the IDF’s rationale for suggesting it. Speaking to the Post, an IDF official explained that rationale as follows: “No matter how much we try and what we do, the humanitarian organizations consistently blame us for the humanitarian situation in Gaza. This way they will no longer have a case against us, since we won’t be involved.”

Yet the fact is that international humanitarian organizations never had a case against Israel. But that has never stopped them from attacking the Jewish state for every step it has taken to defend itself. There has never been a move taken by Israel – from launching counter-terror offensives to setting up roadblocks to arresting, imprisoning and interrogating terrorists – that hasn’t been condemned by the international human rights lobby.

On the other hand, no Israeli concession to terrorists has ever earned the country the support of humanitarian organizations. Over the years Israel has invested hundreds of millions of dollars for sensitive screening machines to enable cargo to enter Israel from Gaza. Rather than applaud the lengths Israel went to in order to support the Gaza economy, human rights groups condemned the country for not allowing still more cargo to go through and for insisting on inspecting every shipment.

During Operation Defensive Shield in 2002, the international human rights lobby libelously accused the IDF of massacring Palestinians at Jenin refugee camp. Yet to prevent civilian casualties, the IDF sent its troops into a hornet’s nest of terrorists without first attacking the area from the air. Due to the lack of air cover, 13 IDF soldiers were killed in the first five minutes of battle. The humanitarian lobby did not applaud the IDF for its willingness to sacrifice the lives of its own soldiers in order to protect Palestinian civilians living in a terror camp.

The point is that while it would be nice if the international humanitarian lobby could be convinced to end its legally and morally unwarranted onslaught against Israel, given Israel’s experience and the modus vivendi of organizations like the UN, Amnesty International and Human Rights Watch, the chances of that happening are small. In light of this, it makes little sense for the IDF to make operational plans that make ending the human rights lobby’s condemnations of Israel their central goal.

Unfortunately, the story goes from bad to worse. In the interests of getting the international humanitarians to lay off, the IDF is not only recommending that Gaza be cut off from Israel; IDF officers involved in drafting the new operational plan are expressing willingness to enable Hamas to build a seaport or airport in Gaza. As one IDF official put it, “The terrorist groups are anyhow smuggling explosives, missiles and weapons into Gaza through tunnels along the border with Egypt. If they get an airport or a naval port, it will not make such a big difference.”

Tunnels that traverse Gaza’s border with Egypt have enabled the Palestinians to launch daily rocket and mortar attacks against Israel while building their Iranian-trained terrorist army. Were the Palestinians to operate an airport and a seaport in Gaza, the amount of weaponry and the number of foreign terrorists they would be able to bring in to the area would rise exponentially.

If the level of weapons the tunnels afford them has already enabled them to make life unbearable for some 40,000 Israelis who live in communities neighboring Gaza and to deter the IDF from retaking control of the area, imagine what they could bring in with cargo planes and ships. Gaza and Hamas would soon constitute a far more dangerous threat to Israel and the world than landlocked Afghanistan under the Taliban did.

The IDF’s proposed plan for Gaza needs to be approved by the government before it’s implemented. One can only hope that someone, somewhere, in the Israeli government has a better handle on international law than the IDF’s Military Advocate General’s Unit does. Then, too, it can only be hoped that now that the government recognizes that Gaza is hostile to Israel, it will finally adopt plans to defeat its enemies there. 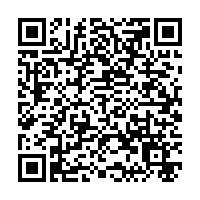