In the always complex discourse of nuclear strategy, critical thinking is a “net.” Only those who cast will catch. To calculate Israel’s best strategic options in the months and years ahead, the capable strategist must continue to ask and answer difficult questions persistently, patiently, and above all, systematically. Only by drawing together, seamlessly, this interrelated body of queries and replies, can the serious military analyst ever hope for a coherent and comprehensive body of military and diplomatic theory – a strategic master plan from which particular policies and decisions can be suitably extracted. The only alternative is the usual patchwork quilt of journalistic or reportorial “explanation,” an arbitrary mélange of more or less disjointed information and factoids lacking even the rudiments of predictive thought.

Still following the palpably destructive cartography of his Middle East Road Map, a badly-twisted network of barriers and detours which I have already discussed extensively, President Obama remains determined to midwife the birth of a twenty-third Arab state. This certain-to-be fragmented and radically unstable country called “Palestine” would promptly become a bitter and irreconcilable enemy not only of Israel, but also of the United States. So, why does everyone in Washington still hasten toward a “Two-State Solution?”
There is evident irony here.  Despite Mr. Obama’s expressly broad and plainly generic dislike of nuclear weapons – a dislike based much more on visceral emotion and clichéd “wisdom” than on any dialectical logic, or considered judgments of reason – any American-assisted birth of Palestine would substantially enlarge regional and worldwide risks of nuclear war and nuclear terrorism.  To be sure, before any such portentous birth could be performed, a menacing gravedigger would have to wield the forceps.
In the best of all possible worlds, Prime Minister Netanyahu, guided by lucidity, would strongly oppose all forms of Palestinian statehood. This opposition, moreover, would include even his own earlier-proposal for a “demilitarized” Palestinian state.  Disingenuous even to his allies, both intra-national and inter-national, this idealized Israeli proposal for bilateral coexistence with “Palestine” has stood no chance of success from the start. Inevitably, the new Palestinian government, supported by both codified and customary international law, would correctly assert its “inherent” right to national armed forces for “self defense.” Palestine, after all, would be a fully sovereign state.
It is possible, of course, going forward, that persistently crude and subtle pressures from Washington to accept Palestine could prove geopolitically irresistible to Mr. Netanyahu.  A basic question thus presents itself:  In such threatening circumstances, what should be Israel’s operational and doctrinal response?  Importantly, one possible answer would concern Israel’s nuclear strategy, especially its so-called “Samson Option.”
On its face, a Palestinian state should have no direct bearing on Israel’s nuclear posture. Yet, although non-nuclear itself, Palestine could still critically impair Israel’s indispensable capacity to wage essential forms of conventional war.  This impairment, in turn, could enlarge the Jewish State’s incentive to rely on unconventional weapons in certain assorted and dangerous strategic circumstances.
Significantly, a primary cause of any such impairment is apt to be the current and ongoing training of Palestinian Authority “security forces” by the United States. Presently underway in Jordan, this flagrantly self-defeating military program, initiated under former President George W. Bush, and commanded by U.S. Lt. General Keith Dayton, could contribute mightily to any post-state aggression by Palestinian fighters always determined to destroy Israel.
Credo quia absurdum.  “I believe because it is absurd.” America is now creating conditions on the ground in which designated IDF units, in any post-Palestinian independent Middle East, might have to fight desperately against Fatah elements who had been trained by the United States. With this incomprehensible program, therefore, we Americans are actively arming and preparing the next generation of anti-Israel and anti-U.S. terrorists.

Credo quia absurdum. The guiding U.S. presumption is that these Fatah elements are relatively “moderate.” An equally foolish and similar U.S. presumption is that there are now identifiably “moderate” elements functioning within the terrorist-organization, Hezbollah. Extending erroneous American strategic thinking to Lebanon, this curious idea has been expressed on several occasions by John Brennan, Advisor for Homeland Security and Counterterrorism to President Obama. 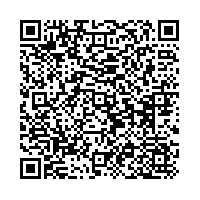