Proverbs 24, 6
What is Israel to do? Confronting a new enemy Arab state that could act collaboratively and capably  (thanks, largely, to the U.S.) with other Arab states, or possibly even with non-Arab Iran, and also potentially serious synergies between the birth of Palestine, and renewed terrorism from Lebanon, Israel could feel itself compelled to bring hitherto clandestine elements of its “ambiguous” nuclear strategy into the light of day.  Here, leaving the “bomb in the basement” would no longer make strategic sense.
For Israel, of course, the geostrategic rationale for some level of nuclear disclosure would not lie in stating the obvious (merely that Israel has the bomb), but rather, inter alia, to persuade all prospective attackers that Israel’s nuclear weapons are both usable/secure, and penetration-capable.
Advertisement

Palestine, too, even if it would not actively seek collaboration with other Arab or Islamic countries, could still be exploited militarily and geographically against Israel by different regional enemies of the Jewish State. Iran and Syria represent the most obvious candidates to carry out any such exploitation. During May 2010, Iran reportedly transferred an undetermined number of Scud missiles to Syria. In Damascus, plans are already being made to smuggle these Scuds into northern Lebanon, from where they could then strike any major city in Israel.
Israel’s core nuclear strategy, however secret and ambiguous, must always remain oriented toward deterrence.  The Samson Option refers to a presumed Israeli policy that is necessarily based upon an implicit threat of massive nuclear retaliation for certain specific enemy aggressions. This policy, to be sure, could be invoked credibly only where such aggressions would threaten Israel’s very existence. For anticipated lesser harms, Samson threats would likely not appear believable.
In Jerusalem/Tel-Aviv, the main point of any Samson Option would not be to communicate the availability of any graduated Israeli nuclear deterrent; that is, a deterrent  (resembling what was once called “flexible response” in the U.S.) in which all possible reprisals would be more or less specifically calibrated to different and determinable levels of enemy aggression.  Rather, it would intend to signal the more-or-less unstated promise of a counter city (“counter value“ in military parlance) reprisal.
The Samson Option, then, would be unlikely to deter any aggressions short of nuclear and/or certain biological first strike attacks upon the Jewish State.
In essence, Samson would  “say” the following to all potential attackers:  “We (Israel) may have to ‘die,’ but, this time, we don’t intend to die alone.”
A Samson Option could serve Israel better as an adjunct to particular deterrence and preemption options than as a core nuclear strategy. The Samson Option, therefore, should never be confused with Israel’s main security objective. This principal objective must always be to seek effective deterrence at the lowest possible levels of conflict.
To suitably strengthen Israeli nuclear deterrence, visible preparations for a Samson Option could help to convince enemy states that aggression would not be gainful.  This would be most convincing if: (1) Israeli Samson preparations were coupled with some level of visible nuclear disclosure (i.e., ending Israel’s posture of nuclear ambiguity); (2) Israel’s Samson weapons appeared sufficiently invulnerable to enemy first strikes; and  (3) Israel’s Samson weapons were recognizably “counter value” in mission function.
Samson could also support Israeli nuclear deterrence by demonstrating a greater Israeli willingness to take existential risks. In matters of nuclear strategy, it may sometimes be better to feign irrationality than to purposefully project complete rationality.  Earlier, in IDF history, Moshe Dayan had genuinely understood this strangely counter-intuitive injunction: “Israel must be like a mad dog,” said Dayan, ” too dangerous to bother.“
Dayan was right. He knew what he was talking about.
In our topsy-turvy nuclear world, it can be perfectly rational to pretend irrationality.  But in any given Middle East conflict situation, the precise nuclear deterrence benefits of pretended irrationality would have to depend in large part upon a prior enemy state awareness of Israel’s counter value targeting posture. Rejecting nuclear war-fighting as a purposeful strategic option, the Project Daniel Group, in its then-confidential report to former Israeli Prime Minister Ariel Sharon more than seven years ago (January 16, 2003), recommended exactly such a deterrence posture.
To strengthen still-possible strategies of preemption, preparations for a Samson Option could help to convince Israel’s own leadership that certain defensive first strikes would be cost-effective. These leaders would then expect that any Israeli preemptive strikes, known under international law as expressions of “anticipatory self-defense,” could be launched with reduced apprehensions of unacceptably damaging enemy retaliations. This complex expectation would depend upon many pertinent factors, including: (1) previous Israeli decisions on nuclear disclosure;  (2) Israeli perceptions of the effects of such nuclear disclosure on enemy retaliatory intentions;  (3) Israeli judgments about enemy perceptions of Samson weapons vulnerability; and (4) a presumed enemy awareness of Samson’s counter value force posture.

As with Samson–based enhancements of Israeli nuclear deterrence,any identifiably last-resort nuclear preparations could support Israel’s critical preemption options by displaying a bold national willingness to take existential risks. In this connection, the steady and undisturbed nuclearization of Iran should come immediately to mind. 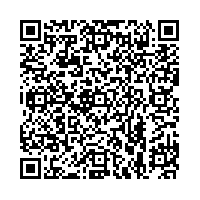