Whenever an insurgent group resorts to openly unjust means, its actions become incontestably terroristic. Even if the ritualistic Palestinian claim of a hostile Israeli “occupation” were somehow reasonable rather than invented, the corresponding right of entitlement to oppose Israel “by any means necessary” would be false.

Significantly, any openly unjust means would remain an obvious expression of terrorism, even if these means were sponsored by a now accepted sovereign state. Alternatively, in these post-independence circumstances, such means could also become a war crime.


Whatever the particular issue at hand, international law always has determinable form and content. Its principles and practices cannot be fashioned and re-fashioned by individual terror groups or by terror-supporting states in order to satisfy certain presumed geo-political interests. This is especially the case wherever terror violence purposely targets evidently fragile and vulnerable civilian populations.

Whatever their cause, national liberation movements that fail to meet the test of just means can never be protected as lawful or legitimate. Even if we could accept the intrinsically spurious argument that Hamas and/or Fatah are somehow able to fulfill the explicit criteria of “national liberation” movements, it would remain perfectly obvious that they still do not meet the recognizable standards of discrimination, proportionality, and military necessity. These authoritative standards of humanitarian international law are made most prominently applicable to insurgent organizations by the common Article 3 of the four Geneva Conventions of 1949, and also by the two 1977 Protocols to the Conventions.

These core standards are also binding upon all combatants by virtue of broader customary and conventional international law, including Article 1 of the Preamble to the Fourth Hague Convention of 1907. This rule, generally called the “Martens Clause,” makes all persons responsible for upholding the “laws of humanity” and, reciprocally, the “dictates of public conscience.”

In law, murderers of mothers and young children who take an undisguised delight in the blood of their victims can never be “freedom fighters.” Indeed, if ever they should become entitled to such a laudatory designation, we would then have to recalculate the authentic meaning of international law. More precisely, we would have to concede that such law was really nothing more than a quaintly veneered authorization for unhindered evil.

American and European supporters of a Palestinian state continue to presume that Palestine would become an agreeable part of a two-state Solution. For these optimistic believers in “peace,” this 23rd Arab state will gratefully coexist with a still-standing Jewish state. Both U.S. presidential contenders should understand this presumption is plainly contradicted by the undisguised expectations of leading Palestinians, and is regularly dismissed everywhere else in the Arab/Islamic world.

Again, consider cartography. The official Map of Palestine at the PA website continues to include all of Israel. Significantly, there is only one state on this map. As readers may already know, it is not Israel.

The Palestine Liberation Organization was formed in 1964, three years before there were any “occupied territories.” What, exactly, was the PLO attempting to “liberate” between 1964 and 1967? There is no more important or primary question.

In all law, terrorist crimes mandate universal cooperation in both apprehension and punishment. As required punishers of “grave breaches” under a still-decentralized regime of international law, all states are required to search out and prosecute, or to extradite, individual terrorist perpetrators. In absolutely no circumstances are states permitted to characterize terrorists as “freedom fighters.” Any such characterization would reject the fixed obligations of international criminal law.

In absolutely no circumstances are states permitted to support terror violence or war crimes against other states.

This is most emphatically true for the United States, which incorporates all of international law as the “supreme law of the land” in Article 6 of the Constitution, and also in certain Supreme Court decisions. Though almost no one seems to be familiar with such an “arcane” history, this American nation was formed by its Founding Fathers according to the timeless legal principles of Blackstone’s Commentaries and in conformance with antecedent and universal Natural Law. 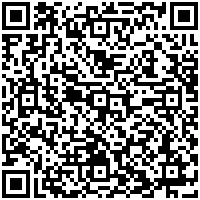