The title of this article is the supposed motto of the late Mayor Richard J. Daley of Chicago, but for Americans living in Israel it means, literally, vote twice. Both Israel and America are holding important elections and, hopefully, most Orthodox Jews will be voting. The United States will be holding its regular four-year elections for president and many other offices, and Israel will be voting for an entire “new” Parliament (Knesset).

This year, the main organization actively soliciting votes in Israel for the American elections is “iVOTE Israel” (www.ivoteisrael.com). There are a few paid professionals but most are volunteers who are working to encourage Americans living in Israel to vote in the American elections. The main purpose of the campaign is that American politicians should be more aware that aside from the many Jewish voters in the United States who support Israel, there are also about 160,000 potential American voters living in Israel. “iVOTE Israel” has garnered about 60,000 – 75,000 votes in this first year of its operation and I was happy to volunteer to help gather votes. At none of the meetings that I attended was there a request to vote for a specific party. At public meetings, both American parties were represented and the representatives explained their candidate’s approach to helping Israel.

I understand that there were also Democrat and Republican organizations soliciting votes, but they did not seem to be too active and we did not see any of that activity. It is true that many Israelis are disheartened by the Democratic administration’s handling of matters important to Israel and our leaders seem to be afraid of the potential effect of another four years of this Democrat President. They are afraid that once he no longer is concerned about reelection, he will follow a much harder anti-Israel approach.

Israel, of course, is very aware and appreciative of American aid, but many here are afraid of Obama. They feel that he has made too many pro-Muslim statements and has downplayed violent Muslim terror acts. Terror should not be ignored and hopefully Americans of all faiths will wake up to what is happening in Europe and in the rest of the world. Europe itself seems to be finally waking up to the dangers that their Muslim populations pose and Europeans, hopefully, are beginning to realize that suicide murderers are a danger not only to Jews but also to all Europeans.

There will also be elections in Israel. The Israeli Knesset usually serves for up to four years but the Knesset can decide to hold elections earlier (as it usually does) or the Israeli president can decide that elections should be held when the parties in the Knesset are stalemated. The Knesset rarely completes a full term. PM Netanyahu recently decided to call for elections a bit early because he feels that he has an electoral advantage.

For Orthodox Jews in Israel, the coming election may not be too beneficial. Unfortunately, Orthodox Jews are as divided as ever. Each religious faction believes that it can garner more seats by going it alone and Orthodox Jewry loses out. The Religious Zionists are again trying to unite but, as we have seen in the past, the National Union, an alliance of several parties, may break away again. Some disgruntled religious politicians already seem to be planning another national religious party. The Sephardic Shas Party also may have patched up its internal differences and Aryeh Deri will once again serve in a leadership role. Rabbi Ovadia Yosef decreed that there should be two heads to the party: Eli Yishai and Arye Deri. This should prove interesting. Let us hope that at least the Agudah and the Degel Hatorah Parties remain united.

The High Holidays are over, the children are back in school, the weather is still fairly warm and politics has become the major topic of conversation. We pray for internal and external peace. 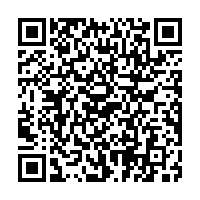