Elias Canetti, winner of the 1981 Nobel Prize for literature, wrote of not being dead as the essence of power. Confronted with what he called “the terror at the fact of death,” humankind – both individually and collectively – seeks, above all else, “to remain standing.” In the final analysis, it is those who remain upright, however temporarily, who are victorious. It is these fortunate ones – those who have managed to “divert” death to others – who have power.

There is a lesson here, for individuals as well as nation-states, and for Israel in particular. The situation of survival is the central situation of power. Yet as the “Middle East peace process” impacts on Israel’s long-term prospects for survival, more and more problematic, this enterprise now effectively deprives Israel of its power. Left to proceed, the process will eventually permit Israel’s enemies to enjoy a triumph that still remains cleverly concealed, the conspicuous triumph experienced by certain still- living persons, when confronted by the powerless one who is dying.


I refer to the ultimate triumph of power, a presumed victory over death. Israel’s enemies understand this power. Israel does not.

Believing, naively, in a universal international obligation to preserve life, Jerusalem fails to understand that death is identified by its enemies as a zero-sum event. It follows that anything done to sustain Israel’s survival must invariably represent, for these enemy states, an intolerable threat to their own continued “life,” and a corresponding diminution of their own most essential power. Reciprocally, anything that is done to eliminate Israel must enhance their own collective life, and augment their own collective power.

Only slightly less power-giving are those feelings that arise from confrontation with the dying of this enemy state, precisely the sentiments concerning Israel that are generated in Arab capitals, and in Iran, by the Middle East peace process. In both cases, individual and collective, convention and good taste require that zero-sum feelings about death and power be politely suppressed. Such feelings are not to be flaunted; they remain vital nonetheless.

Oddly, power in world politics is so closely attached to the conquest of death that the core connections have been overlooked altogether. As a result, students of world politics continue to focus vainly on epiphenomena, on ideologies, on territories, on the implements of warfare, and so forth. It is not that these factors are unimportant to power but rather that they are always of a secondary, or reflected, importance.

During any war, the individual soldier, a person who ordinarily cannot experience real power in peacetime, is offered an utterly unique opportunity at gaining such experience. The presence of dead men here cannot be minimized. It is the central fact of war. The soldier who is surrounded by corpses, and knows that he is still not one of them, is imbued with the radiance of invulnerability – with the aspect, however transient, of monumental power.

In like fashion, the state that commands theses soldiers to kill, and not to die themselves, “feels” similar power at the removal of its collective adversary. This surviving state, like the surviving warrior, is transformed, indisputably, into a primal source of power. These observations are hardly fashionable; perhaps, they even appear barbarous and uncivilized. Yet, for now, at least, we should be seeking not to prescribe more appropriate behavior for states but merely to describe such behavior. True observations may be objectionable, but they are still no less true.

In an apparent paradox, Israel’s non-state enemies also seek to “remain standing” vis-à-vis the Jewish state, to seek power in the life-or-death struggle against a particularly despised “other.” One must say “apparent paradox” here because some of Israel’s terrorist enemies seem not only unconcerned about being able to remain standing but instead seek specifically to die themselves. Indeed, it would appear that the perpetrators actually do love death. Consider, for example, a statement by Jamal Abdel Hamid Yussef, explaining operations of the military wing of Hamas: “Our suicide operations are a message…that our people love death. Our goal is to die for the sake of God, and if we live we want to humiliate Jews and trample on their necks.”

What is most important to understand here is that “to die for the sake of God” is not to die at all. By “dying” in the divinely commanded act of killing Jews (always Jews, not Israelis), the Hamas terrorist seeks to conquer death, which he actually fears with special terror, by living forever. In this eternal life, there will be rivers of honey and 72 brides for each hero “martyred” fighting the loathsome enemies of God.

Paradoxically, the “love of death” described by Hamas is the ironic consequent of an all-consuming wish to avoid death. Since the death this enemy “loves” is temporary and temporal, leading in their minds to a permanent reprieve from real death, accepting it as a tactical expedient is an easy matter. If, for any reason, the normally welcome death of the individual Muslim engaged in holy war against the Jew were not expected to ensure an authentic life ever-after, its immense attractions would promptly be reversed.

Israel’s non-state terrorist enemies, in the fashion of its many state enemies, also seek to “remain standing,” and believe this critical objective can be realized only when Israel – the Jew in macrocosm – has become the dead man lying down. Whenever the civilized and decent human being, watching the evening news about the a terrorist attack in Israel, asks incredulously, “Why do they inflict such horror?” there is an ascertainably correct answer: anti-Israel terrorists do this out of an unhindered passion for the ultimate form of power; that is, power over death.

The greater the number of Jewish corpses, the more powerful the terrorists feel. Real power, understood as an irremediably zero-sum commodity, is always to gain in aliveness through the death of enemies. 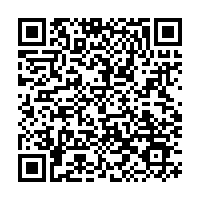