Last week we witnessed the collapse of the preconception that has guided Israel’s strategy for dealing with the Iranian nuclear threat.

The preconception goes as follows: Iran threatens not only Israel, but also the entire free world. Why attack on our own, pay a steep price and become the target of international criticism? Let us pass on this responsibility to the rest of the world while reminding them that if the necessary measures are not taken, we will attack Iran. This is a win-win situation. If the world solves the problem for us, it will be well and good. If not, we will at least enjoy international legitimacy for our own attack.

In reality, this strategy was not win-win; it was lose-lose. Today it is clearer than ever that the world does not intend to solve the Iranian problem, while the legitimacy for an Israeli attack has severely declined. Even worse is the fact that the technical military challenge has become much more difficult and complex because Iran has progressed with and fortified its nuclear facilities.

For years, I have been warning that this preconception leads to disaster.

“Fine,” the world says to us today. “You convinced us. It really is our problem. Please sit quietly and allow us to deal with the problem as we see fit.”

Time and again I explained that even before the direct security threat, this notion constitutes an essential danger for Israel, much deeper and more essential than the security menace.

Yes, there is a bomb even more dangerous than any nuclear bomb: the bomb of delegitimization.

When Iran’s former president, Mahmoud Ahmadinejad, began to threaten Israel and proceeded with actual preparations to make good on those threats, the world was confused. It anticipated an Israeli reaction similar to its attack on the Iraqi nuclear reactor in 1981. For decades we have been dragging every visiting VIP to Yad Vashem, pointing out what happens to Jews when they don’t have their own state to protect them and basing our state’s right to exist on this claim. That has been a mistake.

Now the moment of truth has arrived and in the face of this Holocaust-like threat, Israel has transferred responsibility back to the U.S. and England – the very same countries that were careful not to bomb Auschwitz.

“Wait a second,” the world tells itself. “So everything that you have always said was just lip service? Now that you have a state, you still want us to protect you? If so, what do you need a state for? You want us to go to war for you? Why do we need all the wars that you create?”

There is a clear correlation between the process of delegitimization that Israel has undergone in the last decade and its non-reaction to Ahmadinejad’s threats. Our lack of response to the construction of the physical bomb is the very factor that constructs the delegitimization bomb.

Prime Minister Netanyahu’s UN speech last week was brilliant – as always. But the question is: Has the preconception changed? Today it is clear to all that the U.S. will not attack Iran. It is also clear that Iran will not stop or slow its nuclear development. If so, what good are the speeches? Is the rhetoric – as good as it may be – coming from a mental state whereby it can still help? Or is the opposite true, that the effort put into rhetoric calms us while ensuring that Israel remains ensnared in the erroneous preconception? Was the speech crafted to end the preconception, or is it part of it?

If Netanyahu is preparing us for the preconception’s termination, he will be the historic leader who saved Israel from the threat of nuclear destruction. But if we are still captive to the preconception, we can expect this:

The U.S. will adopt a strategy of containing a nuclear Iran. Slowly but surely, the discussion will evolve into dealing with Iran’s launching capabilities and not its possession of nuclear weapons. Israel will have no choice but to adopt the same strategy. In fact, I truly hope that we are not already at that point. Just as the government does not admit to the public that the Temple Mount is not in our hands, so too it will not admit that Iran already has a bomb.

But it will try to build anti-nuclear missile defense systems. Just as former prime minister Rabin promised that there would be no rockets from Gaza and today we scramble to hunt down rockets over Bat Yam, Netanyahu may be the leader who promised that Iran will not have a nuclear bomb – while his successors will be forced to develop defense systems in order to eliminate nuclear missiles from the skies of greater Tel Aviv.
If Iran goes nuclear, it will revolutionize its dominance in the Middle East and the world. The ruler of a nuclear Iran will likely become the modern-day Salah-a-din, uniting the Arab states into a modern Islamic caliphate. This “friendly” group will surround Israel on all sides, the process of de-legitimization will accelerate – and the abyss is the limit.

I say to Prime Minister Netanyahu: Do not be the Israeli leader on whose watch this nightmare scenario becomes reality. The time for talking is over. As I’ve heard them say in America: If you want to shoot, shoot. Don’t talk. 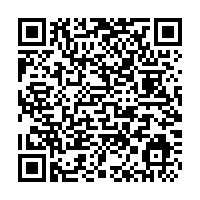