One can only wonder. What can the government of Israel really be thinking? On Tuesday, October 29, the very day Israel’s prime minister freed the second installment of convicted Palestinian terrorists, Hamas reciprocated with an enthusiastic barrage of rockets, fired from Gaza.

Immediately, it seems, Israel had received a prompt taste of Palestinian “good will.” But what other sort of quid pro quo did Netanyahu expect? The current release plan, premised on the indecipherable notion that Israeli capitulations can somehow improve Israel’s security, includes two further installments. Upon completion, a grand total of 104 murderers will have been sent back to foment new and even more insidious crimes against the innocent.


What sort of government could agree to free the killers and torturers of its own children, especially when any hoped-for “good will” would be an obvious delusion? Significantly, any such agreement is not only indefensible on moral and pragmatic grounds, but also in terms of (1) international law, and (2) because international law is always an integral part of the law of each individual nation, Israeli law. In other words, all increments of terrorist release are not only foolish and indecent, they are also plainly unlawful.

All countries coexist under a binding law of nations. A core element of this international law is the basic rule of nullum crimen sine poena, or “no crime without a punishment.” An unchanging principle, drawn from the law of ancient Israel, it was reaffirmed for all nations at the historic Nuremberg Trials (1945-46).

To the extent that the government of the United States should concur in the upcoming Israeli terrorist release – and this extent, of course, is plainly 100 percent – the U.S. will be in violation not only of international law but also the law of the United States. Here, inter alia, international law is part of U.S. law, by virtue of Article 6 of the U.S. Constitution, the “Supremacy Clause,” and also by a number of pertinent Supreme Court decisions, especially the Paquete Habana (1900).

Every state has an obligation under international law to apprehend and punish terrorists. This derives in part from the vital expectation of “no crime without a punishment.” It is codified widely, and is also deducible from the authoritative Nuremberg Principles (1950).

Terrorism is a serious crime under international law. In the past, some of the Palestinian terrorists released in “good will gestures” were also guilty of crimes of war and crimes against humanity. These Nuremberg-category crimes are so egregious that the perpetrators are known in law as hostes humani generis, or “Common enemies of humankind.”

International law presumes solidarity between states in the fight against all crime, including terrorism. Although Israel has unequivocal jurisdiction to punish crimes committed on its own territory, it may sometimes also have the right to act under certain broader principles of “universal jurisdiction.” Its particular case for such wider jurisdiction would be found at the four Geneva Conventions of August 12, 1949.

No government on earth has the legal right to free terrorists as a “goodwill gesture,” or as a “gesture for peace.” Not a single one. Terrorism is a criminally sanctionable violation of international law, an unspeakable violation that is never subject to any manipulation by individual countries. For good reason, therefore, here in the United States, the president’s power to pardon purposefully excludes any violations of international law.

In its original capture and punishment of Palestinian terrorists, Israel had acted on behalf of all nations. Because some of these terrorists had also committed crimes directed against other states, Israel cannot now permissibly pardon these offenses contra other sovereigns. Although Netanyahu’s next terrorist release will not, strictly speaking, represent a “pardon,” it will have the identical juridical effect.

No state possesses any sort of authority to pardon violations of international law, especially the uniquely cruel violations generated by Palestinian terrorism. No matter what might be permissible under its own Basic Law, any political freeing of terrorists by Israel would always be legally unsupportable. A fundamental principle is established in law that, by virtue of any such releases, the releasing state itself must assume responsibility for pertinent past criminal acts, and for future ones. 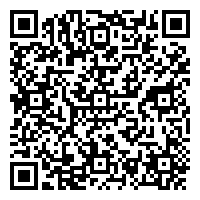