Home Front Defense and Communications Minister Gilad Erdan said Thursday morning he was “astounded” at  U.S. Secretary of State John Kerry’s claim at a Senate committee session Wednesday that Prime Minister Binyamin Netanyahu is arguing against a deal with Iran before it is concluded.

“I have not heard such a claim for many years,” Erdan told  a conference of the Institute for National Security Studies (INSS). He explained that Iran “is a country that wants to destroy Israel. What do they expect from an Israeli prime minister? Not to cry out when the knife is in the hand, but only when it is across our throat?


“It is only thanks to the discussion about the terms being discussed in Geneva, behind closed doors, that we have received an additional delay of several days and perhaps even an improvement in the terms of the agreement.” 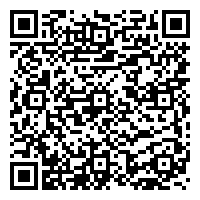