Regarding the Oslo Accords and Israel’s vulnerability to war, Israeli security has become increasingly dependent upon nuclear weapons and strategy.  Faced with a codified and substantial loss of territories generated by Oslo, the Jewish state will soon have to decide on precisely how to compensate for its expectedly diminished strategic depth.  While this shrinkage will not necessarily increase Israel’s existential vulnerability to unconventional missile attack, it surely will increase that state’s susceptibility to attacking ground forces and to subsequent enemy occupation.  Any loss of strategic depth will almost certainly be interpreted by enemy states as a significant weakening of Israel’s overall defense posture, an interpretation that could then lead to substantial enemy incentives to strike first.
As Israel’s sacrifice of strategic depth occasioned by the Oslo Accords and the successor road map begins to produce a Palestinian state, the geostrategic victory of the Jihadist/Islamic world will be complemented by something less tangible, but no less critical. This is Arab and Iranian perception of an ongoing and unstoppable momentum against the Jewish state, a jihad-centered perception of military inevitability that would reiterate the extant policies of war.  Recognizing such perceptions, Israel could, inter alia, be forced to take its bomb out of the “basement,” and/or it could be forced to accept a greater willingness to launch preemptive strikes against certain enemy hard targets.
Particular Arab states and/or Iran would respond to any such Israeli decisions.  Made aware of Israel’s policy shifts — shifts that would stem from both Israel’s Oslo/Road Map – spawned territorial vulnerabilities, and from its awareness of enemy perceptions spawned by the peace process-generated creation of Palestine — these enemy states might react in more or less parallel fashion.  Here, preparing openly for nuclearization and aggression against Israel, these states would illustrate dramatically certain far-reaching results of Oslo/Road Map, results that are still generally unrecognized, and that had provided, together with other above-listed rationales, a fully authoritative basis for permissible abrogation.
Advertisement

When, on October 6, 1973, Egyptian and Syrian surprise attacks came close to jeopardizing Israel’s survival, it was because of a monumental intelligence failure.  Similarly, when on January 18, 1991, the scream of air-raid sirens could be heard in every corner of Israel, the Iraqi Scuds that slammed through Tel Aviv and Haifa neighborhoods had caught the country – in the words of a former Israeli Intelligence Chief – “with its pants down.”  In the latter case, the only element that had saved Israel was Iraq’s notably ineffectual warheads.  If they had not been so ineffectual, Israel could have suffered profoundly.
A’man’s (IDF Intelligence Branch) record of intermittent failure is noteworthy.  While it is too late to rectify prior mistakes, important lessons can still be learned for the future.  The most important of all such lessons is this:  Before you take comfort from what the “experts” have had to say about Oslo, and now about the road map, recall that their record has too often been seriously flawed.
Now, Israel is confronted especially by Iranian nuclearization, a developing menace of potentially existential import.  Although Israel’s leaders may maintain that this menace is somehow unrelated to the Oslo Accords, or to the successor road map, exactly the opposite is true.  Soon, Iran will likely have the capacity to launch nuclear missiles against Israel from its own territory.
While this would not require the strategic advantages of a cooperative state of Palestine, its willingness to launch will be enlarged by the antecedent Oslo/Road Map dismemberment of Israel.  The overall effect of such dismemberment will be to weaken Israel generally, including its basic will to resist. Also, road map-created conditions will likely preclude any eleventh-hour Israeli preemptions.
Preemption, in some form, may still be essential to Israel’s survival, and the Oslo/Road Map may have prevented Israel from striking preemptively in a more timely fashion.  After all, in a Middle East shaped by peace process expectations, such a strike could have appeared as inexcusably belligerent, upsetting all of the delicate “peacemaking” then underway.  Naturally, the civilized world, upset even by a fully lawful and indispensable Israeli blockade of Gaza, could never have tolerated such Israeli “aggressions.”
What if Menachem Begin had thought this way back in June 1981?  What if he had chosen to forgo the preemption option at that time? What sorts of warheads would have been fitted on Iraqi Scuds ten years later?
While Begin’s timely actions at Osiraq (Operation Opera) did probably save the country from “another Holocaust” (Begin’s own words after the uniquely successful raid), Prime Ministers Barak, Sharon, Olmert and Netanyahu all refused to act against Iran. As for the sanctions imposed by the U.N. and U.S., they have been a fly on the elephant’s back.
General Yitzhak Rabin, on the eve of the Yom Kippur War, assured his countrymen that the Arabs would not attack.  This view, derivative from the similarly misconceived assessment of then Minister of Defense Moshe Dayan, came to be known in Israel as the mechdal, the “concept,” the idea that the enemy is not preparing for war.  A scant twenty-four hours before the attack A’man’s official estimate on the probability of war, according to Chaim Herzog, was “the lowest of the low.”
Today, Israel faces another mechdal, an omission, an instance of nonperformance, an expression of neglect with vastly more catastrophic potential.  This time, the “concept” could produce an effective end to the Third Temple Commonwealth.

Under international law, Israel was never under any binding obligation to comply with Oslo.  On the contrary, the Jewish state was always legally obliged to terminate this set of asymmetrical agreements.  Should Israel’s current prime minister manage to avoid similar mistakes with the present road map, Israel may still have a secure future.  But should Netanyahu continue to operate on the erroneous presumption that Israel is somehow bound to honor intrinsically lawless agreements (a view, of course, strongly encouraged by Washington), the ensuing mechdal could be the country’s last. In this connection, he should also understand that his explicitly preferred requirement of Palestinian state “demilitarization” would never be heeded.

LOUIS RENÉ BERES was educated at Princeton (Ph.D., 1971), and is the author of many books and articles dealing with international relations and international law.  In the United States, he has worked for over forty years on international law and nuclear strategy matters, both as a scholar, and as a lecturer/consultant to various agencies of the United States Government.  In Israel he has lectured widely at various academic centers for strategic studies, at the Dayan Forum, and at the National Defense College (IDF).  He was Chair of Project Daniel, and is the Strategic and Military Affairs columnist for The Jewish Press. 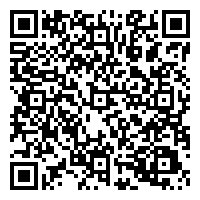