President Obama, please take note, and begin by not sacrificing Israel at the bloody altar of Palestinian terror.

LOUIS RENÉ BERES was educated at Princeton (Ph.D., 1971) and publishes widely on world politics, terrorism and international law. Born in Zurich, Switzerland on August 31, 1945, he is the author of some of the earliest major books on nuclear war and nuclear terrorism, and is also Strategic and Military Affairs columnist for The Jewish Press. 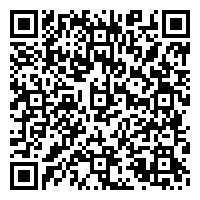