We sat down for the Shabbat meal at our friends’ home in Yerushalayim. The table was beautifully set, but it was the centerpiece – a simple vase bursting with flowers – that caught my eye.

My friend Tova (not her real name) noticed my look of admiration, and asked her children to help me count the number of roses on display. I thought this request was a rather strange one, and waited to see what would happen.

They exchanged smiles with their mother and started to count. There were 11 roses in all. When they finished counting, they all said “Baruch Hashem” in unison.

I nodded bemusedly, wondering why there were not an even dozen, and whether I was missing an important message.

Tova explained that this was her 11th anniversary, and that her husband and children presented her with an additional rose each year on the Shabbat closest to the date.

I was completely baffled. Her oldest child was 15 and I knew my friend had not been previously married. So how could this be her 11th anniversary? I then learned that she was referring to a very different kind of anniversary – a celebration of life.

Eleven years ago, Tova was diagnosed with a very serious illness. She was a young mother, with children who needed her. When her friends learned of her predicament, they formed a group to recite the entire Sefer Tehillim in her merit each day. Then a neighbor recommended that she make an appointment with a nurse who worked in a hospital ward specializing in difficult cases like hers.

This hospital unit offered a radical medical procedure. This procedure had been known to help patients fight their illness, but it could also be lethal. During her hospital appointment, Tova was confused, anxious and disheartened.

After a few hours, she slowly made her way home. She decided to walk rather than take a bus so she could settle her thoughts before seeing her family. She walked along, looking downward. She passed by an untended garden, covered in weeds. “How appropriate,” she thought. “This garden represents how I feel – abandoned, untended, helpless.”

Suddenly, she stopped short. She saw a flash of red in the garden and decided to have a closer look. To her amazement, she saw one rose defiantly growing amid the weeds. People passing by might have wondered why the woman, bent down intently studying a lone rose, was crying.

From that day forward, Tova looked at her life differently. She felt that Hashem had given her a message that life could thrive even when things seemed hopeless. She now woke up each day with growing optimism. Hashem was giving her a chance to survive despite the odds.

Now, 11 years later, the tradition continues, with Tova and her family counting the roses and thanking Hashem for her return to health.

They anticipate the purchase of a bigger vase for next year.

6 More Israelis Released from Hospital after Recovering from Coronavirus 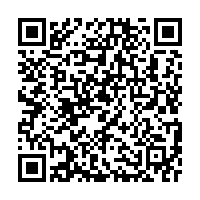