President Obama and other world leaders are standing by the Oslo and Hebron agreements, and by the corollary “Road Map.” Whichever codification is in preferential force, these leaders seem not to understand that the binding Genocide Convention criminalizes not only various acts of genocide but also (Article III) conspiracy to commit genocide, and direct and public incitement to commit genocide. Articles II, III and IV of the Genocide Convention are fully applicable in all cases of direct and public incitement to commit genocide.

For the Conventionto be invoked, it is sufficient that any one of the state parties call for a meeting, through the United Nations, of all the state parties (Article VIII). Although this has never been done, President Obama should consider taking this very step. Israel, too, could become an obvious co-participant in this law-enforcing call, but it is unlikely that Prime Minister Netanyahu would ever proceed to do this without first seeking American approval. 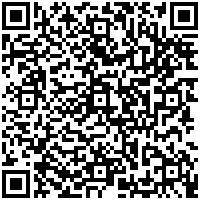