Reb Elimelech was concerned for every Jew but himself. Even when he was physically assaulted by an over-zealous misnagid, his reaction was typical: “Master of the Universe, I forgive him with my whole heart. Let no man be punished on my behalf.” But when Rabbi Levi Yitzchak of Berdichev was persecuted, Rabbi Elimelech rallied to support him. He was always there on behalf of others.

Reb Shmelkeh of Nikolsberg, one of the early chassidic giants, was not properly appreciated by the people of his town. In his region of Germany the followers of the nascent chassidic movement were scarce, and the adherents of the so-called Enlightenment were numerous.


Despite the prevalent liberal ideas of Nikolsbergian Jewry, Reb Shmelkeh did not spare admonishment to his flock who were not especially interested in what their rabbi had to say. Basically, they just closed their ears and paid no heed to what the rav had to say.

Actually, the situation was even worse than just ignoring the rabbi. They despised him, held back his salary and wouldn’t even pay him the decency of a friendly greeting.

Reports of how Reb Shmelkeh was suffering reached as far as Lizhensk, and Reb Elimelech decided to come to his aid. Legend has it that as Reb Elimelech was walking to the mikveh he heard a voice from Heaven proclaim, “Whoever can recue Reb Shmelkeh mi’Nikolsberg from the riffraff of his congregation will be granted passage to the World to Come.”

Reb Elimelech turned to the man who was walking with him and inquired, “Did you just hear something?”

“I didn’t hear a thing!” he replied definitively.

“Since I am the only one who heard this,” Reb Elimelech concluded, “obviously the message was directed specifically to me. I may not ignore this mission.”

Reb Elimelech set off for Nikolsberg and arrived at the home of his friend from long ago. The two had a warm reunion and shared Torah thoughts and matters concerning the service of the Lord. After they concluded their discussions, Reb Elimelech got to the point of his mission. “Allow me to admonish the people of this city.”

“Forget it,” Reb Shmelkeh insisted. “The people of this town listen to no one; it is not worth your efforts.”

Reb Elimelech was eventually able to prevail and word circulated that a guest speaker would be addressing the members of Reb Shmelkeh’s shul. Everyone’s curiosity was piqued. They wondered if this mysterious guest would try and chastise them, just like Reb Shmelkeh had tried.

The shul filled up and Reb Elimelech ascended to the podium. “Not like your rabbi has taught you,” he began, and the assembled fell into a puzzled silence. “Many of the things that you thought were forbidden are in fact permitted.” He then launched into an intricate and erudite pilpulistic excursus to prove that “a, b and c,” as well as “x, y and z,” are indeed permitted.

The audience was mesmerized; the speaker had legitimized so much! The rabbi concluded by inviting everyone to come back the next day at the exact same time when he would continue from where he left off.

To say that the guest speaker’s discourse was a hit would be an understatement of criminal proportions. All of his dispensations were the talk of the town and, needless to say, the next day the shul was Squeeze Room Only, as virtually all of Nikolsbergian Jewry had squished into the shul. It was assumed that yesterday’s talk was merely the “warmup” for even more major dispensations that would be revealed today.

As the guest speaker strode up to the podium the shul was bursting with anticipatory adrenaline. “My dear friends,” Reb Elimelech began, “I have made a mistake…”

Everyone had assumed that he was not lenient enough the day before and would rectify this at once. They were going to be disappointed – profoundly disappointed.

“Everything I said yesterday was incorrect, and patently false.” He then went on to explain that Torah law may never be violated and the very same holds true for rabbinic law. Throughout the length of his discourse, which he interspersed with castigation and teshuvah thoughts, he held their undivided attention.

A very subdued audience shamefacedly looked at each other afterwards and remarked, “He hasn’t said anything different to us than what Reb Shmelkeh has been saying all along.” And they resolved that they would go to their shunned rabbi and beg his forgiveness. 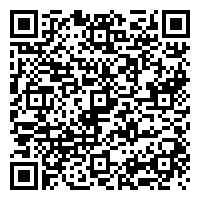