In Israel, when a politician wants to label the start of a process, he often uses the concept “. . . first!” In other words, let’s start “here” and see what happens. If it works out, then we will continue the process.

Who would have believed just a few short years ago that Arik Sharon, a right-wing leader, would be willing to make one-sided concessions to expel Jews from their homes, without anything in return from our enemies? It is funny to me that even Shimon Peres has expressed opposition to Sharon’s one-sided concessions.

Everyone railed against Rechavam Zeevi (HY”D) when he suggested transferring Arabs from their homes in order to make Israel a safer country. It was considered inhumane, unjust and prejudiced. Yet, when Sharon openly plans to expel Jews from their homes, it is considered just, democratic and reasonable.

What is Migron? Four years ago, several families fulfilled their dream of setting up a  community on a hillside. The community is a young vibrant settlement made up of workers, soldiers and Torah scholars who joined together to establish a town of Torah Jews. Today more than 40 families live in Migron.

The evil decree that threatens to evict them from their homes hit them suddenly. With sadness but with implicit faith in Hashem, they have decided to passively defend their homes against this decree in the hope that the decree will be rescinded. They have called upon Jews from around the country to join them in their struggle.

Migron is just a trial balloon floated by the Likud government that has brazenly abandoned all of its Zionistic principles and promises. It is fear of America and of Europe that is propelling these tired leaders to take unilateral steps of capitulation. Migron is the first step in a process that will lead to a true “transfer” of Jews out of Judea, Samaria and Gaza. If the dismantling of Migron succeeds, my community and many others like it will be in jeopardy.

The dismantling of the city of Yamit near the Sinai by a previous Likud government was heralded as the beginning of “peace” with Egypt and the other Arab states. Menachem Begin was fooled by American and European “guarantees” into making concessions and he believed that it was the beginning of a new era of peace and prosperity. What peace? Which
prosperity? All we see are continuous condemnations and repeated attempts to undermine Israel and throw us out of the UN.

What will be the result of the pillaging and sacking of Migron? Will Arafat move even one
centimeter closer to reducing terror, or will he be encouraged to keep up the terror because it gets results? Will this “transfer” result in peace, stability and prosperity, or is it just the beginning of another horrifying process of displacing Jews from their homes?

What kind of gesture is the self-destruction of Jewish communities? Migron is a blossoming
community, not empty caravans. Is American pressure so strong and so intimidating that Sharon is being forced to knuckle under? Has Sharon become so afraid that he has forgotten what it is to lead?

One-sided concessions! What a pleasant term for such a mistaken idea. When have the Arabs made any concessions? Maybe we should insist that the United States make one-sided concessions to Saddam Hussein? Why is no one calling for the US to negotiate with Saddam? He is still the only legal governor of Iraq. No one has replaced him legally, yet. Why is
Arafat greeted as a hero by all of Europe?

Unfortunately, we again are seeing an older generation of Jewish leaders who have become fearful and meek and who cannot handle the international pressure that is aimed at any Jewish success. If Migron is first, will Bet El, Hashmonaim and Kiryat Sefer be next? All of us (G-d forbid) are in danger of being evicted from our homes. Forty nice Jewish families are about to lose their homes. They are about to be expelled and “transferred” for political reasons.
What do you plan to do about it? Will we be silent, again? 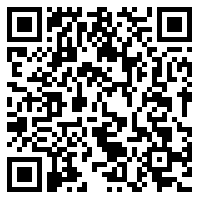