Editor’s note: The following is a compilation of translated excerpts from interviews with Moshe on Radio Tel Aviv, Radio Moreshet, and Arutz 7.

Do you think Netanyahu will be able to survive this [corruption scandal] politically?


I think it strengthens him. This is a leftist political putsch. Many people recognize that. Until the police recommendations, I thought we would be going to elections this year. Now I think that elections will not take place any time soon.

You are not among those who are calling on Netanyahu to go home.

Problematic conduct can be found against almost everyone in public service. But when you compare Netanyahu’s conduct to that of Shimon Peres, for example, or Ehud Olmert, Ehud Barak, or Ariel Sharon after he announced his plans for the Disengagement, Netanyahu looks like an innocent baby.

More than corruption bothers me (and I paid a steep price for my battle against corruption when I was in the Knesset). I am deeply concerned about the ability of people who were not elected to overthrow the government. And that is what is happening here. That is why I support the French law, which limits a prime minister to two terms but does not allow investigations to be opened against an incumbent prime minister until he has completed his term.

Why should Netanyahu go home in your opinion?

Netanyahu has never had a strategy. His strategy can be defined as “Let’s progress politically and we’ll see what happens tomorrow.” Netanyahu is a very weak leader. You surely remember the iconic photograph of Gilad Shalit exiting the plane that brought him home. For that populist photograph, Netanyahu exchanged one bereaved mother for 100 bereaved mothers, and the account is still open. Even Olmert said last week that he did not accept the Shalit deal, even with more favorable conditions for Israel.

Our children and grandchildren will live here in the shadow of a nuclear Middle East because of Netanyahu, because he transferred the responsibility to deal with the greatest existential threat Israel faces to the Obama administration – and found himself outside the conference room on Israel’s future, which is reminiscent of the Czechs and the Munich Accords. That is why he has to go home.

But under Netanyahu’s administration we have improved relations with Russia.

Russia? Russia has provided the umbrella for Iran to advance to our border. Every time Netanyahu has run to Putin over the last half a year, he has turned Israel into a more pitiful floor rag. It is absurd. The skies of Syria have been open for Israeli fighter jets for decades. Suddenly there are new rules in the neighborhood and our fighter jets cannot even cross our border.

What would you do if you were prime minister? After all, the Middle East is a dangerous neighborhood and not everything is dependent upon us.

You can have the strongest army, the most advanced weapons, and a booming economy. But when you don’t have a strategy and are facing a country like Iran that has a clear strategy, ultimately [you will lose]. What we need to do, as detailed in the Zehut platform, is nullify the Oslo Accords and embark upon a completely different diplomatic process. Declare Israeli sovereignty from the Mediterranean Sea to the Jordan River, as detailed in the platform. What Israel needs is a strategy. No Israeli leader – including Begin – has ever had that.

What is the alternative? Would it be better for the leftist Labor party to rule Israel? 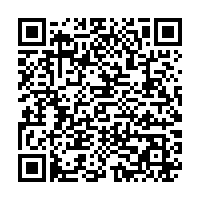