Cancer patients in Israel are dying because of the state’s stubborn determination to keep the keys to the only medicine that will help them – cannabis – in its own hands.

I know from experience that cannabis helps. [Editor’s note: Moshe Feiglin’s wife suffers from Parkinson’s and has benefited from cannabis. Feiglin has written about his wife’s condition in the past.] I have seen it with my own eyes, and 1,000 “expert” doctors and representatives of the establishment who will go to 1,000 boring meetings in the Knesset and once again employ the cynical and evil claim that “we don’t have proof that it helps” do not interest me and will not make me change my mind.


It is none of their business if it helps or not. Being able to do whatever one can to heal oneself is a basic human right. I have reached the conclusion that it is not possible to separate medical cannabis from freeing up cannabis for the entire population. The system is attempting to control general consumption. To accomplish that goal, it abuses the dying.

It is impossible to simultaneously press on the gas pedal and the brakes. General and medical consumption are connected, and no reform will manage to separate the two. Free up cannabis. That is what must be done. Legalize it in an orderly fashion, like in Canada.

There is no need for fear; cannabis is not harmful like cigarettes and not addictive like alcohol. It will certainly not be harmful if it is sold in an orderly fashion in drug stores. 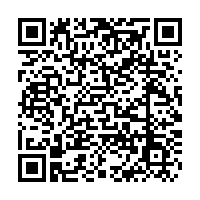