Over the past day and a half, Moshe Feiglin has been interviewed on four different radio stations on the topic of Gaza. The following is a composite of those interviews.

Justice Minister Ayelet Shaked spoke this week about reconquering Gaza. What is your view?

For years, I have been saying that we have to reconquer Gaza. But my fear is that we will do so in order to transfer the area from Hamas to the PLO. That would be the most idiotic, unethical thing we could ever do – to send IDF soldiers to die in order to transfer Gaza from one terrorist entity to another.

What is your take on how the government conducted the recent violence from Gaza?

What would have happened if that mortar shell had landed inside the kindergarten instead of in the yard? What would have happened if, G-d forbid, some of those children would have been killed? Clearly, we would have now been in an all-out war. In other words, our policies are not dictated by a planned strategy, but rather by emotions. The government and IDF are guided by the public’s containment threshold, and not by any defined goals that we have decided to achieve.

But that is how the government always works. The Oslo Accords were also in response to the public’s reaction to terror.

No, the Oslo Accords were a huge strategic shift. The Left has a strategy and it implements it. But the Right has no strategy at all. It just tries to figure out which way the wind is blowing and then it reacts. It is pitiful. Now we are shooting missiles against mortar shells – and soon we will be shooting missiles against bullets. We are technological geniuses and strategic fools.

The attacks against Gaza on Tuesday night – bombing previously bombed targets or sending a small explosive so that the terrorists would have time to flee before the real attack began – were nothing more than a pyrotechnic show for public consumption. It was an unrivaled farce.

Our Sages say that it is not the mouse who steals, but rather the hole. The Left is the mouse. It works according to a strategy, it has a goal. It wants to destroy Netiv Ha’avot in another two weeks, so it will be destroyed. It does not want settlements, it does not want the Land of Israel, it does not want a Jewish state.

The Right is the hole. The greater the Right’s victory in the elections, the larger the hole. When Begin swept to victory in 1978, he went on to withdraw from Sinai and destroy all the settlements there. When Sharon triumphed over Ehud Barak, we got the destruction of Gush Katif.

Now Netanyahu is stronger than ever. And what is coming up over the horizon? The division of Jerusalem. Netanyahu and Elkin are already talking about it. We will have the U.S. embassy in southern Jerusalem, and another U.S. embassy will be opened in Abu Dis. That is the gaping hole that we are about to get from the Right.

The Right has never come up with an alternative to the Left’s worldview. The Zehut party in its various forms over the last 20 years has been saying, “This is our Land.” Gaza has 3,000 years of Jewish history, like Jerusalem – all the way through to the 1930s. But we have adopted the Left’s narrative. The Right is incapable of formulating its own strategy.

What should Israel do with Gaza?

That is what has to be done and that is what Zehut brings to the discourse. We do not surrender to the rationale of the Left – because we have our own rationale, our own strategy. In 2014, Oslo architect Ron Pundak admitted that Oslo was not meant to bring peace. Rather, it is a tool with which to make Israel a state of all its citizens instead of a Jewish state.

We are saying, “No.” Israel is a Jewish state. This is our land and we will not surrender even one grain of its earth. It is part of our identity. And we have a strategy to implement our goals. If you are just a hole and you have no strategy, you don’t only lose Gaza. You lose Jerusalem. Because you never had a strategy to make East Jerusalem a place where Jews live, work and shop. You never united the city. So the Right can continue to win the elections, but the Left continues to rule.

But Oslo is over. There are even voices on the Left that say it was a mistake.

I am very sorry to say this, but Oslo is not over. It continues to control our way of thinking. What frightens our leadership more than anything else – more than possible harm to Israeli soldiers and citizens – is the danger of withdrawing from the Oslo Accords. Our leadership is petrified of reconquering Gaza and ruling there. 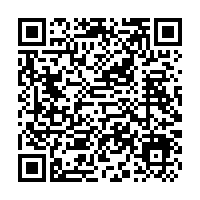