I am very pleased that the Knesset passed my proposal to institute one chief rabbi in Israel – instead of the current two. If handled correctly, this change has the potential to make the Chief Rabbinate a positive part of Israeli life. Unfortunately, the Chief Rabbinate currently has a severe image problem that is more than skin-deep.

The growing irrelevance of the Chief Rabbinate in the lives of average Israelis stems from the fact that the sector that sees the renewal of Jewish sovereignty in the state of Israel as a sanctified value has been asleep on the job. It continues to conduct the Rabbinate’s business as if it were still running a shtetl somewhere in the pre-State Diaspora. A few additions to the prayers on Yom Ha’atzmaut notwithstanding, the Rabbinate has evaded any real involvement in the issues facing Israel.


The Temple Mount, liberated in 1967, was a real threat to this approach, for its entire meaning is the return of Judaism from the exile. It is no coincidence that the Temple Mount is called “HaMakom” (The Place). The Chief Rabbinate could have embraced the opportunity to bring Judaism back into the dimension of “place.” Instead, it hurriedly toed the ultra-Orthodox line, hanging a large sign outside the Temple Mount prohibiting ascent to Judaism’s holiest site. For all practical purposes, the Chief Rabbinate conducts itself according to ultra-Orthodox parameters. It was just a matter of time until political control of the Rabbinate would fall into ultra-Orthodox hands – despite the fact that the ultra-Orthodox remain an ideological minority among the majority of Israel’s observant population.

Why should a young Israeli become an observant Jew when Judaism’s official representatives preserve it in its exile version? Did God fall asleep when David Ben-Gurion declared Israel a state? Why does a young person who wants to become observant have to go backwards instead of forward? If Judaism has nothing to say on the national dimension, what is the value of its statement on the individual or family plane?

The irrelevance created by those who were supposed to rediscover the Torah of the Land of Israel is what allows non-Zionists to control the Rabbinate. My proposal for one chief rabbi is one of the first steps in dealing with the Chief Rabbinate’s irrelevance.

Nothing is more symbolic of the national irrelevance of the exile-mode of the Torah than the perpetuation of its ethnic division, personified by the two chief rabbis – Ashkenazic and Sephardic. In any other aspect of Israeli society, it would be unthinkable to appoint officials according to their ethnic origin. But when it comes to choosing the representatives of the Torah of Israel, this becomes a “holy cow.”

The One Chief Rabbi law says the following: Not only has the nation of Israel returned from exile, but the Torah of Israel is also beginning to return. As this process gains momentum, the definitions of religious and non-religious will disappear. The Torah of Israel will once again fill its rightful place as the culture of Israel and each Jew will find himself somewhere on the observance continuum.

Nobody needs a law to induce him to stand in respect during the siren’s call on Memorial Day – except for the ultra-Orthodox and the Arabs, for whom this day is not part of their culture. We must aspire to a reality whereby every Jew in Israel sees the Torah as his culture – just like the siren on Memorial Day. For this to happen, we must restore the Torah to the Land of Israel and make it relevant in the state of Israel. Whether it knows it or not, the Knesset blazed that trail this week.

This column was translated from Hebrew and originally appeared in Makor Rishon. 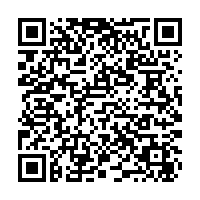