The soldier in Hebron shouldn’t have had to pull the trigger and kill the terrorist who had just attempted to murder his comrade. The officers in the area should have done so, and the order should have come from the chief of staff, the minister of security, and the prime minister. It should have been an order that was as clear as day and made public to all. Let me explain:

The seminal event that brought about the establishment of the State of Israel was the Holocaust, in which Jewish lives were considered worthless, or less. This view was held not only by the Nazis and their accomplices, but by the entire world. The Americans and British did not bother to waste even one or two bombs to halt the death industry and save Jewish lives. In other words, Hitler’s speeches and the culture he created, which negated the right of Jewish existence, filtered down and strongly influenced the world – both actively and passively. The entire existence of the State of Israel was designed – first and foremost – to reverse this reality.


It is important to note that the State of Israel has always based its right to exist on this very point: on the restoration of the right of the Jews to exist and the natural legitimacy of Jewish lives. (Ensuring national existence, however, is nothing more than the foundation for the actualization of our national destiny.)

For years, I tried to convince Ya’alon and Netanyahu that Israel must attack Iran – primarily because of Ahmadinijad’s calls for the destruction of Israel and only secondarily because of the technical security problem that Iran’s bomb creates. I explained time and again that the Holocaust did not begin in 1939. It began in 1933, with the rise of the Nazis to power and Hitler’s speeches calling for the destruction of the Jews. Those speeches were the beginning of the process of delegitimization of Jewish existence.

My attempts to convince Israel’s leaders, however, failed. The result is that Ahmadinijad’s calls for Israel’s destruction have remained in the air and we feel their effect. Just like Germany in the 1930s, Iran, which calls for the destruction of the Jews, has remained a legitimate and courted member of the UN. Israel’s status and the legitimacy of Jewish existence are dissipating.

The brandished knife or scissors, received on our part with moral hesitation, achieve the same effect as Ahmadinijad’s words. They undermine the right of all the Jews to exist. It is once again legitimate to slaughter a Jew, simply because he is a Jew. It is still permissible to harm the terrorist, but only on the basis of the value of self-defense – because the terrorist is “just.” Our “ethical” rigor over the terrorist’s “rights” confirms the world’s conviction that we agree that Eretz Yisrael belongs to the terrorist and that he is the good guy in this story.

The result is that very quickly, the self-defense principle also stops working for us. It is now almost forbidden to harm a terrorist. All we can do is try to shoot down the missile that he shot – and only while it is still in the air.

Ahmadinijad and the knife-wielding terrorist from Hebron are on the same axis. Both challenge the right of the Jews to sovereign existence (essentially, the right to exist). Please do not be confused. This is not a national territorial dispute. We have no common border with Iran and the last thing that the Arabs of Hebron want is a state.

We are dealing with the negation of the legitimacy of Jewish sovereignty of any type on the face of the earth, and particularly, in the Middle East. In this respect, the scissors in the hands of an Arab teenager are more dangerous than an Iranian bomb. In Western culture, which associates morality with weakness, the scissors are much more convincing and thus negate our legitimacy more than the atomic bomb.

We tried to evade our destiny and exchange justice for ethicality. Time and again we make the open-fire rules more stringent. We sacrifice hundreds of soldiers in our failed attempt to win some legitimacy in the merit of our “ethicality.” We do not attack civilians. We do not shoot at mosques. We send our sons into the alleyways and tunnels – we will not bomb from the air and we will not turn off electricity and water. We try to maintain all the rules of the Western world – and we have remained the “bad guys” in this story.

Because it is impossible to exchange justice for ethicality. Even worse, when you surrender your destiny (and your justice in the process) and base your entire existence on “the ethical code,” then you are tested there and only there – on the ethical playing field. But the ethical playing field is really a killing field. To remain there, we pay with the blood of our soldiers and civilians. The only way to get off the killing field is to fight back with the same weapons. At the moment that Ahmadinijad says that Israel must be destroyed – his life must become illegitimate. Israel should have eliminated him. If a knife-wielding terrorist comes to murder Jews, he must be eliminated immediately. His life has become illegitimate. He must be eliminated with no strings attached to the ethical killing field (which, in its current context, is patently unethical) upon which he hides.

The elimination must be immediate, on the spot, with no courtroom proceedings. Elimination of the terrorist is vital because it exchanges the challenge and question mark over the legitimacy of Jewish existence with a clear exclamation point. Any other procedure provides a shred of legitimacy and the slippery slope waits at its threshold.

A terrorist must never live to the day of his trial – even if he were to receive the death penalty at its end. A judicial proceeding raises him up to the level of a partner in the discussion, and thus, his claim must be evaluated. Maybe we really don’t have the right to live…We’ll let the judges decide.

There are situations and planes upon which the court has no place. War is clearly such a situation. The war in which we currently find ourselves is the most difficult and subtle of all of Israel’s wars 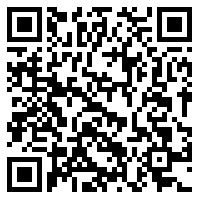