“Watch out,” MK Basel Ghattas once said to me. “If you continue, we will simply resign from the Knesset.” That was after I had four Arab Knesset members removed from the Knesset plenum, one after the other. They had compared Israel’s IDF soldiers fighting in Gaza to Nazis. In my capacity as Deputy Speaker of the Knesset, I had them removed with no warning.

My conversation with Ghattas did not take place in the plenum, so it was a calm exchange. “Your problem,” I said to him, “is that the Israeli Left has convinced you that this is not a Jewish state, but rather a state of all its citizens. And then in your naiveté, you were convinced that this is a state with no identity, so you constantly complain – certainly with a certain amount of justice – about discrimination.


“But Israel has an identity – despite the fact that it tries to escape it. If you want to be eligible for all the human rights that the State of Israel wishes to give you, you must first internalize the fact that Israel is not Sweden or France. In Israel, religion and nationality are the same. And what your brothers are doing to those European countries will not work here.”

Ghattas, who is very intelligent – and crafty, too – understood that the “We will resign from the Knesset” threat terrifies the Vision of Normalcy of Israel’s intelligentsia. For if the Arabs leave the Knesset, if the Knesset is left with Jews alone, that means that only a Jew can become Israeli. And that would be the last of the escape from the existential distinction between Judaism and Israeli “normalcy.” If they leave, that means that we have returned from the hoped-for normalcy to the role of “a Nation that dwells alone.”

When I heard Ghattas’s threat to leave the Knesset, I immediately understood the heartstring he was playing on. He simply did not understand that he was speaking to an Israeli bereft of the need-to-be-normal syndrome. It is that very syndrome that propelled him and his friends into extremism and frustration.

I understand that the Nation of Israel is different than all other nations. I understood that the different-status is expressed in reality by challenges and difficulties the purpose of which are the good of all humanity. I am proud of the nation that I belong to and truly do not seek to blur its identity. I am perfectly happy with being different.

“And why do you think it will bother me if you resign?” I asked Ghattas.

Ghattas thought for a moment, turned around and walked away. Today he went to jail for assisting jailed terrorists. 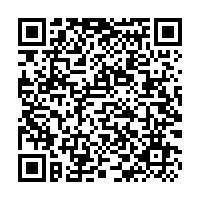