Although I anticipated that Netanyahu would remove the metal detectors from the Temple Mount, and although I very much hoped that I would be proven wrong, things developed in such an amazing and fascinating manner that I couldn’t help but think that perhaps we were on the threshold of an historic change.

Everything that happened on the Temple Mount is the opposite of what you would have expected. After Israel liberated the Temple Mount in the Six-Day War, then Defense Minister Moshe Dayan returned the keys to the Temple Mount to the Muslim wakf. The wakf was in shock. Fifty years later, Netanyahu begged the wakf to take the Mount back, but they were simply unwilling to do so, deciding instead to boycott the site.


This was inexplicable. Israel had already removed the metal detectors and even took down the security cameras. Just as Jordan’s King Hussein forced Israel to liberate Jerusalem in 1967, so too the Muslim wakf was forcing Netanyahu to apply Israeli sovereignty to the Temple Mount. This historic change could only happen to the Nation of Israel. It was simply amazing.

The Temple Mount was empty. After 50 years, it was in our hands! The Arabs were not there. Only Jews were on the Temple Mount. This was absolutely astounding! The problem is that Am Yisrael did not have the leadership capable of understanding this historic moment and translating it into practical strategy.

The entire situation on the Temple Mount revolves around sovereignty – not prayer. When Netanyahu folded and agreed to remove the metal detectors, he cut the rope that ties us to this land precisely at that stake to which everything else is tied. All of rights on this land, all of our connection to it, to Zionism, to Mount Zion – everything from which we draw our identity – revolves around the Temple Mount. From the moment that Netanyahu folded and indicated that the Mount is theirs, not ours, he opened the door, G-d forbid, to ever-increasing pressure on Israel.

We have just missed an extraordinary opportunity. In my estimation, Israel’s weakness on the Temple Mount will bring a very serious conflict upon us with much more difficult starting conditions because, with our capitulation, we have lost our sense of justice. And a nation that has lost its sense of justice cannot win – even if it has the most sophisticated army, the smartest submarines, the F-15, the F-16 and the F-35. A young Arab girl with a pair of scissors who knows what she is doing here will defeat an Israeli soldier with the most sophisticated weapon. Ultimately, justice is the best weapon of all. 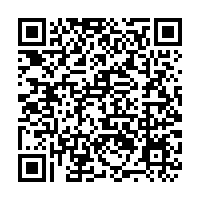