Last week, Israel’s security strategy collapsed before our very eyes. The strategy that had served as the foundation for Israel’s policies on the Iranian nuclear threat – to essentially transfer the responsibility to deal with Iran to the Western powers – was decimated. It is time to wake up and smell the Iranian coffee.

I have warned for years of the dangers of this erroneous strategy and have attempted to propose an alternative outlook. When the “Iranian Munich Agreement” was signed recently in Geneva – an agreement that any rational person understands will lead to a nuclear Iran – I hoped that we would at least witness some kind of sobering, some sort of willingness to listen to a different approach. But it soon became clear that I was mistaken. The headlines during the week whereby we came face to face with the fact that we are bequeathing to our children a state under an Iranian nuclear threat were mostly about the moral failings of a popular local singer. If iconic Israeli singer Arik Einstein hadn’t died suddenly during the week, we would still be muddling our way through that filth.


Before we address the issue, we must understand the source of the public’s apathy. Why bother to address the danger and suggest solutions if nobody is listening?

Apparently, Israeli society is informed by a number of layers of consciousness:

The first and most basic layer is that the public generally has difficulty containing strategic danger. Mundane dangers – economic or health lapses, for example – frighten us more because they are palpable.

As a result of this first layer, the public prefers to rely on its leaders. On the surface, they – and only they – are privy to the relevant information. It is more comfortable for the public to leave the deliberations on Iran far from the public eye. That is the second layer.

The third layer is the wall-to-wall strategic consensus that buries any real public debate on the most serious threat to the existence of our state. Not one opposition leader, from the Right or Left, has attempted to dispute the erroneous strategy on Iran. On the contrary, they have all seen the passing of the buck to the world’s doorstep as a great and praiseworthy achievement. Criticism, if any, is on the way that this strategy is implemented – not on the strategy itself.

In other words, the public’s approach to the Iranian threat is this: We have no desire to deal with this. It is more comfortable for us to not know and to rely instead on the leaders. After all, the opposition thinks so as well.

If this approach prevails, we can be sure that Israel will continue to march blindly toward a nuclear Iran. Iran will become the new Salah ad-Din of the Arab world and will unite the collapsing Middle East under its hegemony. It will force our children to wage the most horrific of wars to restore the existential security that Israel’s founding generations bequeathed us with their blood.

The more severe scenario of a nuclear Iran is that the Iranians will not even need to go to war. We already see the loosened sanctions against Iran, while Israel surrendered to European pressure. A united Iranian Middle East boasting nuclear capabilities will lead to Israel’s isolation and the disintegration of the remnants of its sovereignty.

So where did we go wrong?

We erred in our understanding of the threat and in the way we dealt with it.

The technical Iranian nuclear capability is subordinate to the deep, fundamental Iranian threat. The state of Israel, founded on the ashes of the crematoria, made sure to bring every VIP who landed at its airport directly to the Yad Vashem Holocaust Museum. Israel positioned itself as the answer to the threat of Jewish destruction. Sadly, Israel based its raison d’etre on the fact that it empowers the Jewish nation to defend itself. But at the moment of truth, when once again the leader of a strong and significant nation arose and threatened us with destruction, the Jews ran to the U.S. and British air forces for protection. If that is the case, the world’s nations ask us why we need a state?

When the world first heard former Iranian president Mahmoud Ahmadinejad’s threats to destroy Israel, it anticipated an immediate Israeli response. But when nothing happened, the world internalized the changed Israeli paradigm. It understood that it was no longer motivated by the same model that served Menachem Begin when he attacked the Iraqi nuclear reactor in 1981. The world once again began to see the Jews as the problem. The question mark hovering over the very existence of Israel began to grow.

The famous red line drawn by Prime Minister Netanyahu is erroneous. The Holocaust did not begin in 1939 with the start of World War II. The Holocaust began in 1933 with Hitler’s threats to destroy the Jews. The technical destruction was made possible by the process of de-legitimization that the mad leader created – unchecked. It is not the percentage of enrichment, but the speeches threatening destruction. It is not the Iranian atom bomb (that must be dealt with, of course) but the Iranian regime. We crossed that red line long ago.

Netanyahu was right to announce that Israel is not bound by the Geneva Agreement. But the way that we have conducted ourselves with the agreement’s crafters shows that we still suffer from the same mistaken conception that has brought us to the brink of the abyss. Israel must remove itself from any continued cooperation or liaison with the world on Iran and make it clear that from now on, it is solely responsible to find the solution.

If Netanyahu does not want a nuclear Iran to emerge on his watch, he has no choice but to revert to Menachem Begin’s strategy. 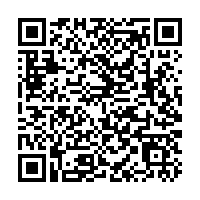