At one of our Rosh Hashanah meals, my son-in-law mentioned that of the team of 23 soldiers he commands in an elite IDF unit, six have left Israel. That is over a quarter. One is in Italy, two are in Germany, one is in Bulgaria, one is in Spain, and one is wandering around the world.

In other words, most of them have left Israel for less economically-sound countries. Yet, they are doing well. I asked my son-in-law to tell me about each of those soldiers. They are all salt-of-the-earth, he said. They are volunteers and of high socio-economic background, and all of them feel it is important to retain their identity. But when one of them compared the salary his wife would earn as a doctor in Israel as opposed to in Germany, he was astounded by the difference.


“You have to understand,” my son-in-law said, “they all want to remain here. But young people in Israel – even those who are successful – are busy with survival. Do you know how much we had to pay just to get through the summer with our children? And who can think about saving for the future? One of those six soldiers won the right to buy an apartment at a discount in the government housing lottery. Now he is working in Milano in order to pay the mortgage here…”

As he spoke, I remembered Netanyahu’s clever video for the New Year – about how everything is so wonderful here that it is boring. There is no doubt that Israel is advancing at an amazing pace, and I am happy to give Netanyahu the credit he deserves. But the bottom line is that if one quarter of my son-in-law’s elite team has left the country, and if French Jews prefer to leave France for Canada and not Israel, and if the children of both will almost certainly intermarry, we have failed miserably.

Israel’s economic progress has amplified the failure. If in the past 30 years Israel’s economy has grown ten-fold, but our children work more hours than we did at their age and all they manage to do is survive, and if the chance to own a home is more distant and they are leaving the country at a frightening pace – then something here is rotten to the core.

The abundance is not reaching the places it should. It is being blocked by a million state workers, 20 ministerial offices that are extraneous, budget-based pensions, a bloated, ineffective army, truckloads of cash and free electricity to Gaza, and more. In short, it is getting stuck in government and its political interests. The root of the evil is government interference in the economy. To get the abundance to the people, Zehut therefore proposes:

With Zehut’s economic platform, our grandchildren will be Jewish and will celebrate the holidays with us in Israel. 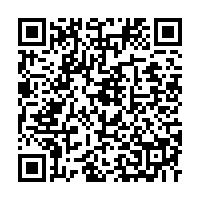