One of the judges of Elor Azaryah, Judge Tzvi Segal, recently set out his worldview in an interview on Israel Army Radio. It is the only worldview we hear morning and night in the media:

Elor Azaryah, who killed a wounded terrorist who had just attempted to murder a soldier, stooped to a bestial level of immorality. The former judge added pathos and eye-rolling when told that not one of Azaryah’s friends criticized his act. Judge Segal spoke as the representative of morality’s ultimate guardians.


The interviewers made no attempt to challenge the moral foundation of his claims, so I will. I’d like to take their place for a moment and ask his honor: Let’s assume a time tunnel takes us back, Mr. Segal, and you are now the judge at Eichmann’s trial. Let’s assume the German Satan did not claim he was just a small cog in the system and that he merely followed orders.

Let’s assume instead that he decided to honestly set out the Nazi worldview and said the following: “I plan to prove to the honorable court that I do not deserve punishment, but rather, a medal of honor. I intend to bring a long list of historical, scientific, and expert proofs that the destruction of the Jews was and remains imperative to save mankind.”

How would you respond, honored Judge Tzvi Segal? Would you allow Eichmann to prove his case in the courtroom? How could you not? Israel is a state of law. The court cannot determine the defense line of the accused.

Eichmann would bring evidence and witnesses, explaining how dangerous the Jews are, and Gideon Housner would refute his claims and bring witnesses to testify that the Jews actually contribute a lot to the world. The conclusion would have been the same – so why not?

We both know, however, that you would never allow such a line of defense (I hope). Why? Because the nation of Israel’s right to exist is not subject to legal debate. It is a given that need not be proven. Our right to live is the foundation that precedes the establishment of the state and its legal system.

If you allow legal debate over the morality of destroying the Jews – thereby drawing a question mark over the legitimacy of their existence – you immediately remove yourself from the parameters of legitimate discourse and turn the legal platform itself into a patently unethical mechanism.

I don’t know how you would solve the legal catch-22, but I’m sure you would find a way out of it. You would not let it happen. That’s clear.

Or is it? Famous philosopher Isaiah Berlin, along with a glorious list of thinkers from the Brit Shalom organization – among them, Martin Buber, Hugo Bergman, and Gershom Scholem – signed a petition to then President Yitzchak Ben Tzvi requesting him to pardon Eichmann.

He was the banality of evil, said Hannah Arendt, who covered the trial. There is no essential difference between the victims and the executor. And in the Eichmann trial, they simply switched roles. Those who signed that petition adopted this claim.

Today, all of Israel’s elites – from the courts to the Chief of Staff forum – have adopted Arendt’s approach, and IDF soldiers are expected to give their lives (and hundreds already have) for the enemy civilian populace. For there is no more enemy and friend, or righteous and evil. There are simply those in uniform and those who are not – from both sides. And those in uniform are supposed to die for those not in uniform (General Yair Golan, Atzmonah Preparatory Academy, 2006).

The Nazification “processes” that General Golan “identified” were summarily adopted by western intellectual elites and, today, Israel is the new Nazi regime and the “Palestinians” are their victims.

Let’s return to Elor Azaryah. He was just a simple soldier. Not Gideon Housner and not Tzvi Segal. But specifically because Azaryah is not a great philosopher like Berlin or Buber, his sense of justice did not atrophy in the intricacies of philosophical equivocation.

One hundred years ago, Rav Avraham Yitzchak HaKohen Kook wrote in Orot Hakodesh (part 2): “Intelligence thinks that it can separate itself from the masses and that by doing so it will be healthier in spirit, more noble in its thought. That is a basic error, an error that does not recognize the healthy side of natural cognizance, natural feelings, and natural senses that were not rectified but neither were they spoiled by cultural influence. The healthy side of integrity is to be found more in coarse people than in educated, moral thinkers…”

I do not know you, Mr. Segal. It may be that a quote from a rabbi does not mean much to you. So forget about Rav Kook and just think for a moment. What is the logic behind the western jury system? Why did the most enlightened of nations decide to add 12 “coarse” people to the intelligent judge? What do those coarse people have that his royal intelligences is missing?

Elor was just one of those “coarse” soldiers. But his “natural cognizance,” his intuitive sense of justice, understood what you and your colleagues cannot see. He understood that the terrorist may have been neutralized, but the ideology of destroying every Jew wherever he may be – man, woman, or child – the ideology that brought that Satan to look for his victim was still alive and kicking and laying at his feet.

And no! It should not have its day in court. It must be eliminated here and now! It does not deserve to be heard in court, and it is immoral to bring it to court. Those who would bring it to court empower it and bring on the next act of terror.

And look at what happened. Elor’s single bullet – the moral exclamation point that replaced the question mark that the Satan had drawn over the right of the Jews to exist – immediately halted the wave of terror that had been devouring us for half a year. Check it out, Mr. Segal. There have always been knife attacks and they will apparently continue. But the wave of attacks every morning, afternoon, and evening – that individual Nazism – ended the moment that Elor Azaryah shot the terrorist.

I don’t think he understood what he was doing. But in the era of inverted values that you represent, in light of the paralysis that you have decreed upon his commanders, Azaryah was the only man in uniform in the arena who acted ethically. He restored the dimension of justice that you eliminated from our lives, and saved many people. 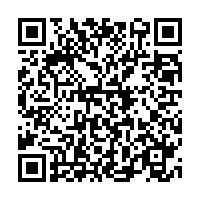