It is almost impossible to overstate the damage done to America’s moral compass by taking the charges leveled against Judge Brett Kavanaugh seriously. It undermines foundational moral principles of any decent society.

Those who claim the charges against Judge Kavanaugh by Christine Blasey Ford are important and worth investigating, and that they ultimately – if believed – invalidate his candidacy for the U.S. Supreme Court are stating that:

No decent – or rational – society has ever believed such nihilistic nonsense. This is another example of the moral chaos sown by secularism and the left. In any society rooted in Judeo-Christian values, it is understood that people should be morally assessed based on how they behave over the course of their lifetime – early behavior being the least important period in making such an assessment.

These religious values teach us that all of us are sinners and, therefore, with the exception of those who have engaged in true evil, we need to be very careful in making moral evaluations of human beings.

And, of course, we are taught to extend forgiveness when people demonstrate through their actions that they have changed. As a well-known ancient Jewish adage put it: “Where the penitent stands, the most righteous cannot stand.” In other words, the highest moral achievement is moral improvement.

By all accounts – literally all – Brett Kavanaugh’s moral bank account is way in the black. He has led a life of decency, integrity, commitment to family, and commitment to community that few Americans can match. On these grounds alone, the charges against him as a teenager should be ignored.

So, why is this charge taken seriously? One reason is, as I recently wrote, the greatest fear in America is fear of the left – the fear of what the left will do to you if you cross it. Not fear of God. Not fear of doing wrong. Fear of the left. Offend the left and you will lose your reputation and, quite often, your job or your business.

Another reason is pure, amoral, demagogic politics. No honest American of any political persuasion believes that if a woman were to charge a Democrat-appointed judge such as Merrick Garland with doing to her 36 years ago in high school what Brett Kavanaugh is charged with having done 36 years ago in high school, the Democratic Party and the media would be demanding the confirmation vote be delayed or the candidate withdraw.

A third reason is feminism’s weakening of the American female (and male, but that is another story). A generation ago, a drunk teenager at a party trying to act inappropriately with a girl would not have been defended or countenanced. But it would not have been deemed as inducing post-traumatic stress disorder either.

This weakening of the female is perfectly illustrated by the statement released by Susanna Jones, head of Holton-Arms School, the private preparatory school for girls in Bethesda, Maryland, that the accuser attended. “As a school that empowers women to use their voices, we are proud of this alumna for using hers,” Jones said.

“Empowers women”? Please. Nearly every woman over puberty has experienced a man trying to act inappropriately with her. My mother had this experience with a physician. She told my father about it. My father told the physician that if he acted in that fashion again, he would break his hands. And it remained a family folk tale.

If you had told my mother she was a “survivor,” she would have wondered what you were talking about. The term was reserved for people who survived Nazi concentration camps, Japanese prisoner of war camps, and cancer survivors, not women who encountered immoral men.

When my wife was a waitress in her mid-teens, the manager of her restaurant tried to act inappropriately with her. She told him to buzz off, figured out how to avoid being in places where they were alone and continued going about her job. That’s empowerment.

In sum, I am not interested in whether Mrs. Ford, an anti-Trump activist, is telling the truth. Because even if true, what happened to her was clearly wrong, but it tells us nothing about Brett Kavanaugh since the age of 17.

But for the record, I don’t believe her story. Aside from too many missing details – most women remember virtually everything about the circumstances of an assault of this nature no matter how long ago – few men do what she charges Kavanaugh with having done only one time. Yet, no other woman has ever charged Kavanaugh with misconduct of this nature.

If this derailment effort succeeds, do not be surprised if a future Republican candidate for office or judicial nominee, no matter how exemplary a life he has led, is accused of inappropriate conduct – from when he was in elementary school. 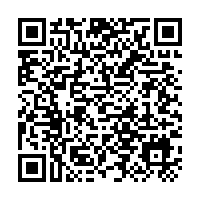