Home InDepth Columns Protesting Israel’s Participation In The Olympics
Share on Facebook
Tweet on Twitter
A week ago Wednesday, about 50 people protested outside the Chinese embassy in Tel Aviv against Israel’s participation in the Olympics. The following is a translation of my speech at the protest:
Most of Israel’s population is concentrated within a radius of 15 kilometers from where we stand. Israel is so small, and many people wonder how or why we should take on the immense nation of China. Who are we to raise the flag of opposition against this Olympics of oppression? Who are we to protest when the U.S., France and England are all participating in this event?
In truth, we are not small at all. We are the nation that was redeemed from Egypt over 3,000 years ago. We are the nation that brought the concept of liberty to the world. We are the nation whose Bible is the basis of all human civilization. We are the nation that the entire world sees as a moral example – whether we recognize that fact or not. And whether we like it or not, the State of Israel is the representative of the Jewish nation. When the Israeli delegation marches under the flag of the bloodstained Chinese regime, it lends moral legitimacy to the horrors being perpetrated there.
Whoever claims that the Olympics are merely a sporting event and that there is no reason to mix sports with politics should remember the Berlin Olympics. There, the entire world marched under the flag of the Nazi regime, lending it much-needed legitimacy. Those Olympic Games were the harbinger of the Second World War and the Holocaust.
The Jew – and the moral message that his very existence projects – is the ultimate foe of any totalitarian regime. Every totalitarian that strives to conquer the world must, by definition, see the Jew as his absolute enemy and seek to destroy him. A Jew who supports this type of regime ultimately threatens his own existence.
Calibrating Our Moral Compass
“You are a holy nation unto God. God has chosen you to be His treasured nation, more than all the nations on the face of the earth.” (Deuteronomy 7:6)
The nations of the world understand this perfectly. They look on as we send our Olympics delegation to the bloodstained city of Beijing. There, on the ruins of the homes of one million Chinese citizens, the Olympics are taking place.
But the direct destruction is not the whole picture at all. There in Beijing, the nation that is supposed to be the moral compass of the world is giving moral legitimacy to unbelievable horrors.
“Why are you so upset about the Chinese?” my rightist and religious friends ask. “We don’t have enough home-grown outrages? Why get involved with Chinese battles?”
We are not fighting for the Chinese. We are simply attempting to fulfill our Jewish destiny. Without our destiny, we are irrelevant. That is why our entire existence as a nation seems to be melting away. The state of the Jews must have a much broader goal than the simple preservation of Jewish existence. Judaism is a culture with a universal message – a message of liberty.

“I am God, your God, who has taken you out of Egypt, from the house of bondage.”  (Deuteronomy 5:6)
If we truly desire to create a Jewish state, we had better begin with some Judaism. After all, if our entire purpose for living in Israel is to preserve our security, we have made an awful deal. In New Zealand or Uganda, we could have realized our security goal with much greater ease.
Israel’s Olympic delegation represents Israel. Israel represents the Jews, and the Jews represent divine morality. When Israel sends its delegation to the largest labor camp in the world, lending legitimacy to the horrors being perpetrated by the Chinese regime, it denies its Jewish destiny and shakes the foundations of the existence of the State of Israel.
We are not opposed to Israel’s participation in the Olympics only because of our concern for the Chinese. First and foremost, we are concerned for Israel.
Moshe Feiglin is the founder and president of Manhigut Yehudit, the largest faction inside the Likud party. Manhigut Yehudit (Jewish Leadership) strives to restore Jewish values, pride and integrity to the State of Israel. For more information or to order Feiglin’s newest book, The War of Dreams, visit www.jewishisrael.org.
Advertisement 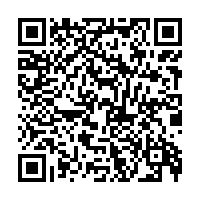