As a Tehilla volunteer I have been going to the airport for many years to assist new immigrants (olim) during their first hours facing real Israeli bureaucracy. I recently had the pleasure of joining hundreds of other Israelis in greeting another five hundred olim from the U.S.A. What an uplifting experience it was. The cheers, the music, the Israeli soldiers waving flags, the politicians; it was great! As usual, several of the families were coming to the settlement town of Hashmonaim where I live, and I greeted them as a representative of both Tehilla and Hashmonaim. Those who came to Hashmonaim with their families this year were David and Shifra Waxman, Yonatan and Debbie Yunger, Yona and Rhonda Lloyd, Chaim and Janet Grosbard, Mark and Huda Weichselbaum, Steve and Lisa Zeitcheik, and Yehudah and Tamara Laufer.

By now, almost everyone has heard of the fantastic success of Nefesh B’Nefesh, the organization created by Rabbi Yehoshua Fass and Mr. Tony Gelbart. Together, they have brought more than 1,500 new olim to Israel in the past thirteen months. These two men have put together a professional, well-run organization that has received nothing but praise from all of those I spoke to. Not every Nefesh B’Nefesh oleh took the financial aid offered, but everyone utilized and praised the support network that these men have built.

Among the families who arrived a year ago on the first Nefesh B’Nefesh flight were Mark and Yael Lieser from Dallas, Texas. Today, these “Nefeshers” can provide advice to those who came recently. Mark and Yael still use the Nefesh B’Nefesh hotline and receive regular calls from the organization to check how they are doing. When Mark was called into the U.S. army reserves during the Iraq crises, Yael received many calls from Nefesh B’Nefesh asking if she
needed any help. Fortunately, the support system in Hashmonaim run by Malkah Livne and her many women assistants provided the support Yael needed, but it was good to know that more help was always available.

Mark described how Nefesh B’Nefesh solved or facilitated so many “little” problems. “Nefesh B’Nefesh does not guess,” he emphasized. “They will check and call you back if they do not know the answer to your question. When I first received a TV tax bill, I had no idea what to do with it, but a quick call to the hotline provided all of the information.

“When I needed to leave the country and the Interior Ministry was on strike, Nefesh B’Nefesh knew whom to call to get me an emergency passport in five hours. When I needed a certain document they told me to go to an office and ask for Tzippy. Instead of having to wait on a long line, I was out in 10 minutes.” When during a regular phone checkup Nefesh B’Nefesh heard that the Liesers were unhappy with the Hebrew help their girls were receiving, Nefesh B’Nefesh found them a Jerusalem school that provided intensive Hebrew studies.

For Mark, it has been difficult to make ends meet as a doctor. He is a head surgeon in a Texas hospital and he commutes to work at his American hospital and hopes that the situation in Israel will improve.

David and Shifra Waxman arrived a few short weeks ago from Riverdale. Before they arrived in Israel, and after applying for membership in Nefesh B’Nefesh, they received access to an Internet newsgroup, began receiving a newsletter, and attended orientation and social gatherings. The major advantage for them and for all of the other olim was the streamlining of the entire bureaucratic process.

Having the immigration staff on the Nefesh B’Nefesh plane made arrival so easy. Three days after arriving, a meeting was held in Jerusalem and identity cards were distributed. Normally, an Oleh would have to wait a week, go to an office, wait on lines, fill out forms and wait. Receiving the card so quickly enabled the Waxmans to free their furniture shipment from the port, get their drivers licenses, open a bank account and do all the other things that require an identity card, in just a few days.

When David needed to know the process for buying gas (a local or regional supplier?), the hotline advisor explained the process and gave him the phone numbers to call. Nefesh B’Nefesh also gave each oleh a cell phone with one month’s free service. The organization provided their cell phone numbers weeks before they left for Israel so that all of their relatives would already know their number. This greatly helped to reduce parental anxiety.

The email list received special praise from everyone. Months before their Aliyah, many online discussions were held on what to buy, where to buy, and what they charge, which shipper was best, and who to watch out for. The information saved the olim many thousands of dollars. People shared information about the different communities and even allowed others to share
room in their shipping containers. The Nefesh B’Nefesh Aliyah poster contains a listing of the step-by-step sequence of actions that need to be followed by the new Oleh in his first days in Israel and was especially useful.

The emotional high generated by the send-off and reception also came in for special praise. It was especially helpful to the (grand)parents who were sending their children off to Israel, and it helped the olim who felt a part of this great movement. The balloons, the cake, the music and singers, the comedians, even the speakers gave them a feeling that Israel really wanted them to come.

Chaim and Janet Grosbard came from N. Miami Beach. Chaim practices Chinese and Homeopathic medicine. My wife, Barbara, and I had met with them and the Ostroff family when we visited Florida and were happy to see them on Aliyah. The Grosbards felt that, while the financial aid was very important, they were very thankful for the organization of the trip, the internet information, the hotline and the support infrastructure, which all served to reduce the anxiety of a scary experience. They also highly praised the Hashmonaim community for its warmth and support.

Shabbat meals were arranged for them with different families, local children welcomed their children, and their buddies are very helpful. Their Israeli Shaliach was so impressed with the Nefesh B’Nefesh preparation that not only was his work reduced to a minimum, but upon his return to Israel the Shaliach plans to suggest that the Absorption Ministry adopt the Nefesh
B’Nefesh practices.

Yonatan and Debby Yunger from West Orange, New Jersey got off the plane, attended the ceremony, and then received their papers and government stipend with no waiting. Yonatan, a technology manager for J.P. Morgan, hopes that the Nefesh B’Nefesh employment office will help him find work. Nefesh B’Nefesh has an employment center and a job bank and will help olim write their resumes in Hebrew. They also have a social worker and a psychologist working on crisis management

Yonatan was especially grateful that Nefesh B’Nefesh was able to help straighten out his status. His parents had lived in Israel in the 50’s and therefore he was considered a returning citizen. Technically, the family was an Oleh family so they should have all been listed as immigrants. When he called Nefesh B’Nefesh to get help, they conferenced him into a call with the Absorption Ministry which called the Ministry of Interior and straightened out the mess.

There are many organizations helping new immigrants, but not one works as professionally and as efficiently as Nefesh B’Nefesh. This wonderful organization improves its services each year, and the Absorption Ministry could (and has already started to) use some of its methods. If every American Oleh would join Nefesh B’Nefesh, his experience with Israeli bureaucracy would be very pleasant, and I would be out of a volunteer job.

Comments may be sent to: dov@gilor.com 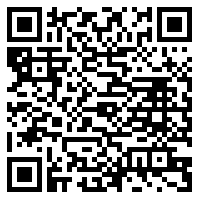