I recently watched a brief segment on an Israeli TV station of a small protest against the United Nations called by a local New York Jewish newspaper, the Jewish Voice, a Zionist advocate group AFSI (Americans For a Safe Israel) and JCC Watch. Although the planning was at the last minute, about two hundred people attended according to the organizers. The report showed the vocal group holding signs and calling for the defunding of the UN for passing Resolution 2334. They also expressed their frustration with President Obama for the US abstention from the vote.

By the attention given to Israel by the UN, one might think think its territory is larger than Australia or at least Alaska. Neither would one realize that Israel is but a miniscule space within the huge mass of territories held by Arab nations in the Middle East and North Africa.

Should there be another protest against the UN, the crowd should be far larger and their voices would resonate, galvanizing friends of Israel around the world to speak out even louder against this malicious resolution. Think of the impact that could have had on leaders worldwide.

To those who ardently support the Jewish state and its ideals: The synagogues, Jewish Day Schools, Jewish organizations, the Zionist organizations etc. One cannot hold high a banner while sitting at a laptop computer. Why are the streets near the UN so quiet? Now is the time to express your anger at an international organization that has unfairly censored Israel for decades? Convey your frustration at a US administration which not only had a significant role in the passage of resolution 2334 but for eight years has adopted the one -sided narrative of Israel’s detractors that the conflict is the fault of Israel and not those who reject its existence.

This Thursday, January 12 at 12:30 PM, a protest supported by dozens of organizations, including the Zionist Organization of America, the National Council of Young Israel, Stand With Us, and Aish Center, will take place at the French Mission to the UN, 885 Second Ave. (47th Street) which is hosting the upcoming Paris ‘Middle East Peace’ conference where seventy nations will be in attendance just five days before President Obama will be leaving the White House. Israel’s leaders have expressed concerns that additional measures will be taken by the UN in the very near future against the Jewish State as a result of the conference. The protest will call for the participant nations to “Target Terror, Not Israel.” The rallying cry will be, “We stand united with Israel.”

For the sake of Zion, speak up now and attend this very important event.

On Eve of 3.5-Year Prison Term Former Chief Rabbi Invited to Speak at ‘Honor of the Rabbinate’ Conference 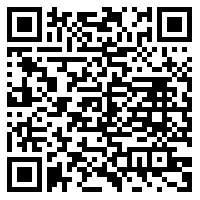