Have you noticed that some problems just won’t go away? Too often we get used to a problem, become immobilized, and lose the will to fight.

The Israeli government, for example, is aware that murderous rockets are raining down daily on the Israeli towns of Sderot, Ashkelon and environs. These rockets are fired by the Arabs of Gaza. The regularity of the attacks has dulled the senses of our Israeli leaders. Like murders and muggings in New York, the rocket attacks are rarely reported and are treated like a normal course of events.

It is pathetic that these “leaders” sit back in their peaceful cities and claim that nothing can be done. These “leaders” rationalize that retaliation will increase the rocket attacks. So they sit on their hands and do little or nothing. Is there any other country in the world that would suffer such attacks on its citizenry?

The rocket attacks can and must be stopped immediately, with no further negotiations, even if it means that quasi-innocent Arab civilians are placed in jeopardy.

Israel’s prime minister seems to be more intent on staying out of prison for his financial machinations than he is concerned about the physical, psychological and financial suffering of the citizens of Sderot.

In most civilized countries, accusations of corruption and bribery (especially with the testimony of the individual who handed him bags of cash) would have led to the prime minister’s immediate resignation. Outraged citizens would be taking to the streets, demanding that the prime minister resign. The free press would loudly condemn the government ministers so tightly glued to their government seats that they refuse to oust an accused prime minister. Yet, in Israel, the situation is treated as acceptable and normal.

Is the prime minister so uncivilized that he will retain his seat despite the testimony and accusations? Will he be allowed to surrender parts of Israel in order to reduce the pressure on him to resign? Is the Shas party, and the liberal left, so corrupt that they close a blind eye to what is happening? Aren’t the political leaders embarrassed enough by the prime minister‘s behavior? Why is the Shas Party so quiet? Why is the media almost silent? Where is the “morality” of the Labor Party? Are government jobs so important that nothing else matters?

The whole situation is just too unbelievable. 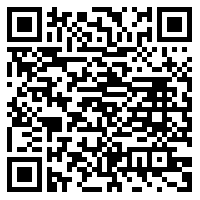