A year since Operation Protective Edge, there are many soldiers still mending from physical wounds as well as psychological issues. These brave young men and women fought for the state of Israel in order to keep the rest of us safe. Among these brave soldiers are thousands of lone soldiers from around the world. During this operation the Lone Soldier Center in memory of Michael Levin became a home away from home to many soldiers, as well as their parents, who had come to Israel worried about their children.

During this time, the Lone Soldier Center provided food and supplies to the front lines as well as counseled families, visited wounded, and took care of lone soldiers engaged in combat in Gaza. When the operation ended, Israeli-born soldiers went home to their families to rest and receive support. Lone soldiers went back to empty apartments, with no hot food or parents to take care of them. The Lone Soldier Center was the family for the lone soldiers.  By the end of the Operation there were many wounded lone soldiers who needed continued treatment, operations, housing, counselling and legal advice. The Center arranged for handicap-accessible housing for a few of the most critically wounded and accommodations for their relatives visiting from abroad.

Now, almost a year later, the LSC continues to take care of these soldiers.  For months the Center took care of the wounded, visited them and accompanied them to treatments and assisted with legal advice.

Multiple BBQs were held to allow lone soldiers to meet up with each other and share experiences as well as give the LSC staff and advisors opportunities to talk to them, and address those that may need continued attention or professional help, dealing with PTSD and other long-lasting effects.

One June 12, 2015 thanks to the generosity and support of JFNA (Jewish Federations across North America), the Jewish Agency in Israel, the Lone Soldier Center took over 150 lone soldiers from all army units and countries from around the world for a weekend of relaxation in Israel’s north. Lone soldiers who fought in Gaza or were affected by the War last summer were able to relax, reflect and enjoy some time away from the army, as they enjoyed river rafting, hikes, relaxing by the pool and time to bond and reflect with each other. One soldier from Russia called the weekend, “the best weekend of my life”. Two more weekends are planned to reach even more lone soldiers who fought during the Operation.

Today the LSC continues to make Michael’s dream a reality. The LSC provides lone soldiers with meals, support, housing, advice, and the family and community they need in order to succeed in their mission and life in Israel. There are currently over 6,000 lone soldiers serving in the IDF, from 52 countries around the world, proud sons and daughters of Jewish communities large and small. The Center’s staff and hundreds of volunteers work tirelessly to build this family and provide for the needs of lone soldiers.

It is also at this time that we bow our heads and remember the 67 brave young men and women who gave their lives last summer, including the following lone soldiers:

Max Steinberg, Sean Carmeli, Jordan Bensimon, David Gordon. May their memories be as a blessing. 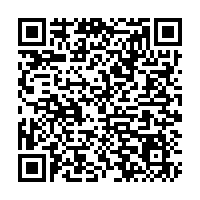