Home InDepth Columns The Israel Association Of Baseball
Share on Facebook
Tweet on Twitter
﻿It is too depressing to think about ceding land and releasing Arab terrorists from prison on the promise that has already been broken. Let’s talk baseball instead.

Since December 1986, a group of volunteers has been working hard to promote baseball and sportsmanship in Israel. It is a labor of love that has blossomed into almost 75 teams around the country and a shot at an Olympic berth at the Vancouver games. The Israel Association of Baseball (IAB) was formed to promote the game, with players that include boys and girls, rich and poor, kibbutz children and city dwellers, religious  communities, ultra orthodox communities and secular communities. Not only do Jerusalem, Rechovot, Raanana and Tel Aviv have baseball fields (often sandlots), but so do Hashmonaim, Kibbutz Gezer and Kibbutz Tzora.

Unlike its U.S. counterpart, Israel’s baseball season runs from October to July, with a little break for the short rainy season. Equipment and conditions are often lacking, but the spirit is fantastic. While many of the players have parents who made aliyah, most are native-born sabras or grew up in Israel. My family is an example of three generations of volunteer coaches and players. This year, in Hashmonaim, I coached the Minors (7-10 year olds) and the regional All-Stars who won the championship. My son, David (who came to Israel as a young child), coached the Senior team and manages the first place “Aztek” adult softball team. David’s son, Ariel (a native born sabra), is assistant coach of the Minors and plays on the adult softball team. Baseball is being passed down from generation to generation.

Our relatively small community of Hashmonaim has one of the most active baseball programs in Israel. Dr. Ephraim Keren, the Yishuv sports chairman, and Dr. Jeff Hausdorff coach the Juvenile team (10-12) and Rabbi Morey Schwartz coaches the Cadet team (12-14). Five star players from our Juvenile team were chosen to represent Israel at the European Baseball Championships in Russia this summer. One player had to drop out for financial reasons but four of the players are playing in Moscow as these lines are being written (see results at http://www.baseballeurope.com).

“It is difficult for Israel to compete against European teams that have professional coaches and large budgets,” said Jay Zauderer, the League president and a resident of Kibbutz Shalabim. “Our players and coaches mostly pay their own way to the championships, but each player takes upon him or herself to be an ambassador of Israel to the world.” It is not too well known, for example, that the first, and so far only sports contact between Israel and Saudi Arabia was in a Little League tournament.

When asked how they felt about representing Israel, here is what some of the players said: Estie Bernstein is an excellent player and the only girl chosen to represent Israel. She was born in Jerusalem and grew up in Hashmonaim playing baseball. She has been playing for five years and loves sports and the training. Her twin, Itamar, is one of the team captains and is one of its best players. He enjoys the competition and the training. The whole family is Cincinnati Reds fans.

Ezra Hausdorff, a resident of Hashmonaim and formerly of Teaneck, N.J. and a Boston Red Socks fan, thought that it was “cool” to be representing Israel in Moscow. Avi Gross of Kibbutz Ein Hanatziv, a second generation sabra, has been playing baseball for the last two years. He is the third brother to make the Israel National Team, and very excited about representing Israel in Moscow. Elisha Marcu, born in Philadelphia, came to Israel when he was six months old. He is a big Philadelphia Phillies fan and during a five-day visit to the USA, he went to three Phillies games. At his first game he caught a foul ball in the stands. Guy Baratz, born in Israel, lived three years in Canada and is one of the team captains. This is his fifth year in baseball and his second year representing Israel. He is honored to be on the team.

Jeff Chestnut, formerly of South Carolina, is the head coach and Craig Dunning, Billy Weisel and Oren Baratz assist him. Craig is also running a program for the 12-14 year olds who will be representing Israel in Italy at the end of the summer. Jeff Hausdorff and Eli Render are parents who are accompanying the group.

In order to improve the quality of the coaching staff, the IAB has invited a profession instructor, Norman Ringel (of Y.U. and Bronx HS of Science fame) to teach a coaches’ seminar this summer. More information about the IAB can be found at www.iab.org.il.

Comments may be sent to:  dov@gilor.com
Advertisement 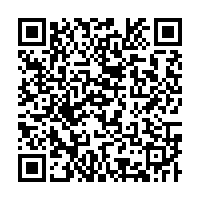