Some, especially in the mainstream media, pretend that not Jerusalem but Tel Aviv serves as the capital of Israel. (Tel Aviv hosts the Ministry of Defense but not much else of the central government.) The weblog entry documents some of those delusions, which are appearing more often, in reverse chronological order:

CTV, a Canadian television station: Reported on Jan. 8 that “Tel Aviv is dealing with a heavy rain situation. The storms flooded roads and brought chaos to the Israeli capital.” (January 17, 2013)

White House: The White House press secretary, Jay Carney, did not say that Tel Aviv was the capital. But he also did not say it was not in this semi-comical exchange with reporters:

1st Reporter: What city does this Administration consider to be the capital of Israel? Jerusalem or Tel Aviv?

Carney: Um … I haven’t had that question in a while. Our position has not changed. Can we, uh …

1st Reporter: What is the capital?

Carney: You know our position.

2nd Reporter: No, no. She doesn’t know, that’s why she asked.

Carney: She does know.

Carney: We have long, lets not call on …

Carney: You know the answer to that.

Carney: Our position has not changed.

The Guardian newspaper: Its style sheet actually states that “Jerusalem is not the capital of Israel; Tel Aviv is.” (April 25, 2012)

Comments: (1) This absurdity parallels a tendency lately to pretend there’s a country called Palestine.(2) For an amusing skit on this topic, see Honest Reporting’s YouTube mock-umentary, Searching for Israel’s Capital.” 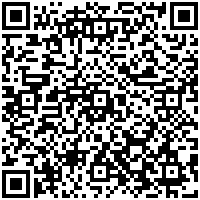