An Ontario judge ruled Monday that children from a fringe Haredi sect whose members fled Quebec while the community was being investigated by social services should be returned to the province.

The court upheld a Quebec order to place 13 children from the Lev Tahor sect into temporary foster care, The Canadian Press reported, but the judge placed a 30-day stay on the order to give the families time to appeal.

The children, who live outside Chatham, Ontario, about two hours southwest of Toronto, were ordered into temporary foster care by a Quebec court in November.

Authorities in Quebec, where sect members had lived north of Montreal for several years, said they had evidence of neglect, psychological abuse, poor dental and physical health, and a substandard education regime in the community.

The 13 children belong to three families. A publication ban prohibits identifying them, and the community denies all allegations and has said it is the victim of a Zionist smear effort.

Last week, Quebec police, with the assistance of local officers, raided two homes in the Lev Tahor community in Ontario. Rabbi Nachman Helbrans, son of sect founder Shlomo Helbrans, said the search may have been an attempt to find evidence of illegal child marriages.

A former sect member testified in Quebec that he had personally witnessed seven underage marriages. 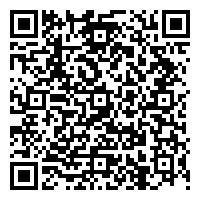