“I felt a great disturbance in the force, as though millions of voices cried out in terror and were suddenly silenced,” says Obi-Wan Kenobi. He staggers as he senses the destruction of the planet Alderan by the evil empire’s new Battle Star. Darth Vader looks on indifferent. We cannot imagine him ever returning from the Dark Side and becoming a Jedi once more.

In an article in The Spectator entitled, “Airbnb’s ban on Israeli settlements is shameful,” Brendan O’Neill notes Airbnb’s indifference when it comes to Turkish-occupied Cyprus, Tibet, and scores of territories across the world.

Well, silly Mr. O’Neill must not have read the open letter from American Progressive Jewish groups. They were “dismayed” by the allegations against Airbnb. The signatories to this letter were Rabbi Jill Jacobs of T’ruah; Jeremy Ben-Ami, president of J Street; Jim Klutznick, chair of Americans for Peace Now; Paul Sham, president of Partners for Progressive Israel; and New Israel Fund CEO Daniel Sokatch. They write:

“Contrary to claims that Airbnb’s new policy should be characterized as BDS, the company has emphasized its continued commitment to doing business within the Green Line, Israel’s internationally recognized boundaries… Your assertion that Airbnb is driven by antisemitism is utterly unsupportable.”

I will leave it to you to judge how far removed J-Street etc. are from the BDS movement and its goals. In this letter, they don’t seem very far apart at all. And as they coalesce around the unique forms of Israel-bashing that no other state is subjected to, they also coalesce around the whiff of anti-Semitism.

Now they, and those like them (like the UK’s Progressive Jews who recently said a “Kaddish” for Hamas terrorists killed while trying to breach the border and kill Jews), will dispute that last sentence. But as Mr. O’Neill points out, the litmus test of whether “the special hatred for Israel might have echoes of the older special hatred for Those People” involves a simple question: Do they feel the same concern for people in comparable or worse situations?

We can apply the “Darth Vader Test”: Are they unconcerned and indifferent when “millions of voices cry out in terror and are suddenly silenced”? Do those who routinely deny accusations of anti-Semitism, but display every indicator of being riddled with it – e.g., Linda Sarsour in the U.S. and Jeremy Corbyn in the UK – take to the streets to protest the silencing of those other millions as they so often do about Israel?

Take the Turkic Uighur Muslims in Western China. It is reported that up to one million Uighar have been locked up in an extensive network of secret internment camps. There, they undergo “re-education,” indoctrination, torture, and death. It is the worst example of human rights abuse in China since the Cultural Revolution. For those left in Xinjiang Province, the boarded-up homes and ubiquitous surveillance cameras serve to silence millions more.

Do you think the New York-born billionaire and founder of Airbnb, Brain Chesky, has taken the Xinjiang Province off its list of happy adventurous places to visit? Of course not. In fact, there’s a once-in-a-lifetime opportunity here for Airbnb. After all, there must now be an abundance of “superhost homes” available in XinJiang.

Where are those American progressive Jewish groups’ open letters on this one? Don’t they sense a disturbance in the force?

Is there any hope for the Jewish supporters of the BDS movement? Is there any hope that, against all odds, many – or some, or perhaps a few – will abandon the Dark Side, that old special hatred to which they’ve allied themselves?

Melanie Philips, a journalist with the UK Times, is not sanguine. In a recent column describing her latest tour of the United States, she reports that many Jewish parents expressed distress that their children were becoming brainwashed on campus into Israel-hatred. She told them something she said few wanted to hear:

“Young American Jews are turning against Israel largely because of the impact of the progressive denominations, which are telling them that liberal universalist values are authentic Jewish values.

“But they are not. They are, in fact, inimical to Judaism. The community’s secular religion of Tikun Olam, or supposedly Jewish social justice, is a fraud… a mish-mash of Marxism, moral relativism and paganism…a kind of religious auto-immune disease, which has caused them to junk the stuff that will protect their spiritual health while eagerly embracing the stuff that will destroy it.”

So what lies in the future? Philips writes that however much some people don’t want to hear it, it may very well be: black-hat Orthodoxy. 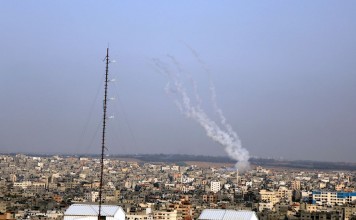