Naftali Bennett and Ayelet Shaked’s decision of to leave the Habayit Hayehudi and establish a new party called the “New Right” is motivating the Likud to exert an additional effort to lower the threshold vote, apparently even without the consent of all the coalition partners, Channel 2 News reported.


So far, the only significant effect of the new threshold has been the forced unification of four Arab parties as the Joint Arab List. MK Avigdor Liberman, the bill’s author, is also in danger of becoming a victim of his own legislation, as his own party is hovering just above the 4- or 5-seat threshold.

Prime Minister Benjamin Netanyahu several coalition partners have become deeply concerned about the fact that no less than seven parties are competing for the right-wing voters – which is why they want to lower the threshold in a way that would allow all those factions to enter the Knesset with certainty.

The assessment after the 2015 elections was that the right had lost at least four seats in the Knesset with the failure of former Shas chairman Eli Yishai, who ran on a separate list and failed to pass the threshold. Another list, Power for Israel, also missed the mark by several miles.

At present, there is a reasonable chance that in addition to these two lists, Kulanu, Shas and Yisrael Beiteinu would also be in danger of being kept out of the Knesset.

Israeli parties traditionally sign surplus agreements, each with the party closest to it ideologically, which helps preserve at least some of the votes that otherwise would have been lost. But some parties actually refuse to do that, fearing that their ideological near-twins would become their competitors should both lists make it into the next Knesset.

To date, the move to reduce the electoral threshold has been met objections from minister Aryeh Deri and former-minister Liberman. But Deri may remove his objection, following rumors that his eternal nemesis Eli Yishai may run with Habayit Hayehudi.

However, in view of the Knesset’s dispersal, the move now requires the approval of the opposition parties in the House Joint Agreement Committee. So far, Meretz chairwoman Tamar Zandberg, whose party has been shown by some polls to have a difficulty crossing the threshold, announced Sunday morning that she would oppose the move:

“Meretz will not be a tool in the hands of a frightened right and will not support the altering whims of the Likud, which changes the laws of elections and democracy according to its anxieties,” MK Zandberg said, adding, “If they happen to think that the Likud can lean on Meretz, let them think again.”

The committee is expected to convene today, and it is possible that it will decide to advance the move, which is based on an existing bill by House Committee Chairman MK Miki Zohar which he submitted two months ago. 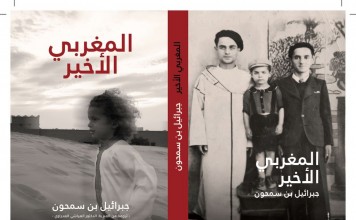 Neighborhood Peace: Israeli Novel Translated to Moroccan Arabic and to be Sold Locally