Home InDepth Columns Yamit Revisited
Share on Facebook
Tweet on Twitter
﻿When the Jews living in the Gaza Strip are forcibly evicted from their homes, what should be done with the houses? How much compensation is each Jew entitled to when the Israeli government expels him? These questions are part of the debate that is beginning to rage in the Israel political system.

Prime Minister Sharon recently shocked his own supporters as well as Jews around the world when he declared that he would unilaterally force all Jews to leave their homes, if they live in any of the 17 Jewish communities located in the Gaza Strip. The Arabs are dancing with joy over the very positive results of their terror attacks that will continue because they now firmly believe that terror will eventually drive all Jews out of the Middle East.

There have been no negotiations, no give and take, no compromise, just a unilateral capitulation by a Prime Minister weakened by age, by the police investigations into charges of bribery and corruption against him and his sons and by pressure from the United States and Europe. He seems to be hoping that this dramatic (and dangerous) action will reduce the
pressure from the police and from the United States Government. He has forgotten all of his previous declarations about not rewarding terrorism. He has forgotten that he is the leader of a strong Jewish State. He is old, he is tired and he is afraid.

Few people can imagine how disheartening it must be for the Jews of Netzarim, Kfar Darom, Neve Dekalim, Gush Katif and the other communities. They can see their Arabs enemies eyeing their homes and just waiting for the Jews to be expelled. How tragic that it is a Jewish Prime Minister who will force Jews to flee from their homes. How traumatized will the Jews and their families be by this humiliation and degradation. The first Likud Prime Minister, Menachem Begin, expelled the Jews of Yamit in return for a promised peace with Egypt and now Arik Sharon is following in his footsteps and doing the same thing to the Jewish communities of Gaza, but he is getting absolutely nothing in return.

Achmed Tibi, an Arab Knesset member, is calling for Israel to just walk away from the infrastructure built in Gaza and let the Arab refugees move into the former Jewish homes. The Arabs, declared Tibi, will not compensate the Jews because the homes are located on conquered territory. We are happy to again be reminded where the loyalties of this Knesset member lie.

Once the 7,000 Jews of the Gaza communities are forced to flee their homes, control of the region will revert to the Arab fanatics. Israel will no longer be able to carry out massive ground action nor will it be able to reach and neutralize the terrorist leaders. It is hard to understand why America is pressuring Sharon to follow this course of action. Even Yossie Beilin and his leftist cronies are against this unilateral capitulation and have been vocally condemning Sharon for it.

The commanding general of the IDF has asked his senior officers not to express their dismay at Sharon’s unilateral capitulation. Many officers are shocked by this action but have been silenced. They believe that the forced removal of Jewish communities will be viewed by the Arabs as another decisive victory of terrorism over Israel and the officers believe that this capitulation will be a serious mistake. The Jews were forced to flee Lebanon in the year 2000 and they will be forced to flee the Gaza Strip in 2004. The Arab has a lot of patience and we are proving to him that terrorism pays handsome dividends.

The Hamas and Islamic Jihad forces will happily occupy the entire Gaza Strip and will be in a much better position to threaten many Southern Israeli communities. This capitulation will simply encourage the Arab fanatics to further intensify their terror operations. Even if every formerly Jewish home will be razed to the ground, the territory will then be taken over by the terrorists and no good will result from it. What are Sharon’s real motives? What will you do to prevent this expulsion of Jews from their homes?

(Comments may be sent to dov@gilor.com)
Advertisement 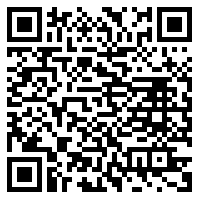