A month ago we read Parshat Toldot. I happen to know it well because it is my bar-mitzvah parshah. And yet, although I am familiar with every word, I totally missed a major message in it.


If people were to ask you what Toldot is about, you would answer: the birth of Yaakov and Esav, the dispute Yitzchak had regarding some wells, and the major episode of Yaakov “stealing” the berachah from Esav. While this summary is correct, it misses a simple but very significant episode in Jewish history. Avimelech – king of the Philistines in Gerar – orders Yitzchak, “Go away from us” (Bereisheit 26:16). Yet, just 10 verses later, that very same King Avimelech comes back to Yitzchak!

The answer King Avimelech gives is nothing less than incredible and I can’t believe I missed it all these years. Here is what he says: “We have indeed seen that G-d is with you…. Let us make a treaty with you… You are the one blessed by G-d” (26:28-29). Yitzchak responds positively to this request, makes them a feast, and Avimelech leaves in peace.

What just happened? Let’s take a moment to analyze this story. A king who hates the Jews comes back asking for a treaty. Why? Not because he recognizes that we are good, decent people or because he suddenly loves Jews. An anti-Semitic king comes running to the Jews because he recognizes G-d is with us! “You are the one blessed by G-d,” says this evil king, and he truly believes that you don’t mess with someone like that.

In other words, when a Jewish leader – in this case Yitzchak – lives his life and leads his people with Hashem as his guiding light, the entire world will eventually recognize that fact. The same nations that condemn us daily in the UN and send money to Hamas and Hizbullah will one day run to Jerusalem to make peace with us.

Am I crazy or do I truly believe what Yeshayahu HaNavi said? “My House [the Beit Hamikdash] will be called a house of prayer for all nations” (Yeshayahu 56:7). These powerful words are said on Rosh Hashanah, Yom Kippur, and all fast days before “Shema Koleinu.” They teach us that the entire world will one day recognize that we are the chosen people, truly blessed by Hashem, and they will come to Jerusalem to sing these praises! That’s right – all the Israel-bashing nations will cease hating us and unite in blessing the One and Only G-d!

So what do we do in the meantime? Sit around and wait? Absolutely not! If this is what the world is waiting for… let’s give it to them now! But there’s a problem. I have spoken in over 500 Jewish communities around the world and the #1 complaint I receive is about Israel’s horrible public relations. “Why can’t you guys do better PR?” or “What do you expect from the world with such lousy PR?”

While these complaints are quite accurate, the suggestions people give me are completely ridiculous: “Hire a Madison Avenue PR firm” or “Spend millions on a massive social media campaign with videos, animation, and contests that get people informed and excited about Israel.” Nonsense! Is that what Yitzchak did to change Avimelech’s mind? Hire a great PR firm? Not at all! He simply led his family – the beginning of the Jewish nation – according to Hashem’s direction. Every word he spoke and every action he took was motivated and guided by our Father in Heaven. Simply put; when you looked at Yitzchak… you saw the name of Hashem “tattooed” across his forehead.

This is the exactly how the great Yehudah HaMaccabee led his troops into battle against the mighty Greek army. The Maccabees’ battle cry was “Whoever is for Hashem, come to me!” Do you realize what that means? They proudly fought Hashem’s battle and made sure the Greeks knew this!

As a matter of fact, before the very first battle against the Greeks in Bet Horon, Yehudah HaMaccabee had just a handful of men, and they said to him, “How can so few of us fight against so many? Besides, we have had nothing to eat all day and are exhausted.” Please focus on how he answered them: Yehudah HaMaccabee replied:

“Many can easily be overpowered by a few – it makes no difference to Heaven…. Victory does not depend on numbers; strength comes from Heaven alone. Our enemies come filled with insolence and lawlessness to plunder and kill us, our wives and our children. But we are fighting for our lives and our Torah. Heaven will crush them before our eyes. You need not be afraid of them” (from Rabbi Pinchas Stolper’s Five Glorious Brothers, page 52 – based on the ancient Book of Maccabees).

After a startling defeat, the Greeks returned for round two. This time, they came with 6,000 mighty warriors and the Jews had less than 3,000, many of whom were not even equipped with swords and armor. Once again, Yehudah HaMaccabee led his men with the Name of Hashem: “Do not be afraid of their great numbers, nor panic when they charge. Remember how our fathers were saved at the Red Sea… Let us cry now to Heaven to favor our cause, to remember the covenant of Torah that Hashem made with our fathers and to crush this army before us today. Then all the Greeks will know that Hashem saves and liberates Israel!” (ibid., pages 55-56).

I can give many more examples, from King David to Mordechai and Esther, but the point is clear: When our leaders lead us b’sheim Hashem (in the Name of Hashem), the world respects us and – eventually – will come to us seeking blessing and guidance. It’s not fancy PR campaigns we need or social media animated videos but true Jewish leaders who live, breathe, and guide our nation according to Torah values.

Therefore, please don’t get all upset when you see a condemnation in the UN or some worthless activist bashing Israel. They are doing their job because we are not doing ours! We need a modern-day Yehudah HaMaccabee whose PR campaign was making sure the Greeks knew about Hashem. We need a modern-day Yitzchak Avinu whose actions led Avimelech to say, “You are the one blessed by God.” When we do that – and only then – will there be true peace in the land of Israel. 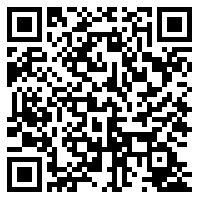