Anti-Semitism continues to raise its ugly head. It seems that not a week goes by without attacks against Jewish institutions and individuals around the world. So we were disappointed with the negative reactions in certain quarters to an executive order signed by President Trump last week intended to address campus anti-Semitism.

The most recent example of significant anti-Semitism was last week’s attack on a kosher market in Jersey City which resulted in the deaths of four innocents. Too horrible to contemplate are the suggestions that the yeshiva next door was the intended target.


And adding insult to injury, a member of the local school board, Joan Terrell, actually suggested that the murderous rampage was explainable as a reaction to Jewish interlopers displacing blacks in traditionally black neighborhoods.

Thus, Terrell dismissed all of the hand-wringing and expressions of sorrow, hope and faith that followed the market murders:

Where was all this faith and hope when black homeowners were being threatened, intimidated and harassed by ‘want to buy your house’ bullies of the Jewish community? They brazenly came on the property of black homeowners and waved bags of money. Resistance was met with more threats of ‘we will bring drug dealers and prostitutes to live next door to you. You will sell to us then.’

She went on to refer to the perpetrators as having been on a heroic mission:

Some community leaders were quoted in a local newspaper story to the effect that Terrell’s remarks reflect the growing tension between the black and the growing Jewish communities.

Plainly, anti-Semitism is a deeply rooted social phenomenon. So, it is unfortunate that virtually all of the negative comments on the recent executive order conditioning federal aid to colleges and universities on how seriously the schools counter discrimination against its Jewish students misses the point: Anti-Semitism is at least as critical an issue as free speech concerns.

The impact on free speech when anti-Zionist is curtailed is important, but the executive order is actually designed to enable the very free flow of ideas that is the indispensable premise of the American notions of freedom of speech. And it is that free flow of ideas that is impeded by the violence-prone proponents of the BDS movement rampant across the campuses of America. The order actually states that “agencies shall not diminish or infringe upon any right protected under Federal law or under the First Amendment.”

But it is common knowledge that supporters of Israel are regularly harassed or intimidated into foregoing speaking opportunities or even congregating in groups. Ominous reports have also recently emerged documenting links between the BDS movement and terrorist groups.

Some critics of the executive order quibble about whether Jewishness is a matter of religion, race or nationality. They miss the point in this regard as well. In the executive order, Trump invoked Title VI of the Civil Rights Act of 1964 in directing federal agencies to withhold federal money from schools that fail to adequately combat campus anti-Semitism. Title VI prohibits educational institutions from discriminating on the basis of race, color, and national origin in programs and activities receiving Federal financial assistance.

However, other anti-discrimination sections of the 1964 statutes not dealing with education – for examples, housing, employment and public facilities – list variously, “race, color, religion sex and national origin” as protected categories. So are Jews protected in terms of campus discrimination? Without putting too fine a point on it, the United States Supreme Court said that anti-Semitism was a form of racial or national origin discrimination.

Supporters of BDS, who seek the perpetuation of their virtual monopoly on campus speech can be expected to promote the idea that the executive order necessarily violates freedom of speech. We would hope though that anyone with serious concerns for free speech consider what it is designed to deal with as well and that any impact on free speech is just the beginning of the inquiry, not the end. 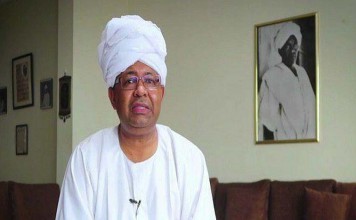 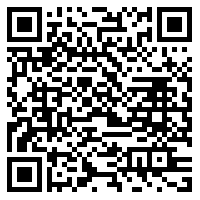