The horrific killings in Pittsburgh’s Tree of Life Synagogue two weeks ago has stirred many to wonder what could account for someone willfully targeting a whole congregation of Jews gathered in a place of worship.

Last week we decried those who posited – in palpably partisan political fashion – that the answer lies in inflammatory rhetoric allegedly spewed by President Donald Trump. We suggested this argument doesn’t take into account why Jews were singled out. After all, the killer screamed, “All Jews Must Die.”


As we see it, attributing anti-Semitism to generic incendiary speech undermines the notion that anti-Semitism is a very distinct form of hatred. We recall President Barak Obama’s reaction to the February, 2015 terror attack in Paris against Jews in a kosher supermarket. It was a Friday afternoon and the store was filled with Jewish customers making purchases for Shabbos. A terrorist burst into the store and opened fire with an automatic weapon, killing several.

Mr. Obama expressed his concern this way: “It is entirely legitimate for the American people to be deeply concerned when you’ve got a bunch of violent vicious zealots who behead people or randomly shoot a bunch of folks in a deli in Paris.” [emphasis added]

Understandably, these comments caused a firestorm. The outrageous characterization of the shootings as “random” defied belief. Given the circumstances, how could the president of the United States have concluded that the terrorist didn’t purposefully select his victims? Who else, but Jews, would be shopping at a well-known kosher supermarket on Friday afternoon?

Moreover, a seven-minute tape filmed by the gunman on a camera he wore during the rampage recorded what witnesses told police – that the gunman asked one victim what his name was and then shot him dead. Then he asked another man about his origin and when he replied, “Jewish,” he shot him as well. The gunman was also said to have yelled, “Allahu Akbar” and made anti-Semitic remarks during the attack.

Mr. Obama plainly avoided acknowledging that Jews were being singled out in the name of Allah or that this targeting of Jews was anything different from garden variety street crime.

In the face of widespread dismay and disbelief, the White House simply doubled down. A spokesman said the targets in the grocery store were “killed not because of who they were, but because of where they randomly happened to be…. These individuals were not targeted by name; this is the point.” And so it went.

But there are consequences to this kind of outrageous obfuscation. Historically, Jews have been singled out because of their Jewishness. To be sure, others have been singled out as well. But Jews throughout recorded history have always been deemed the paradigmatic outlier. Anti-Semitism always lies beneath the surface, waiting to erupt, and that is what distinguishes it from hatred and oppression of other groups, as horrific as they may be.

Political leaders, therefore, have a special responsibility not to lump anti-Semitic violence together with ordinary criminality. Yet, not only do they do so, but they also routinely ignore anti-Semitism on the political left. Where, for example, is the public outcry over Louis Farrakhan’s outbursts against Jews? Unbelievably, he still enjoys the public company of many of the rich, famous, and powerful.

Similarly, the junior U.S. Senator from New York, Kirstin Gillibrand, has made common cause with the notorious Linda Sarsour. She is just one of a growing percentage in the Democratic Party that is embracing the anti-Zionist narrative despite the fact that the time when anti-Zionism can credibly be distinguished from anti-Semitism has long passed.

To deny the distinctiveness of anti-Semitism is to facilitate it. As we noted here last week, Jewish political leaders like Sen. Chuck Schumer and Rep. Jerry Nadler have a special responsibility to step up to the plate before it’s too late. 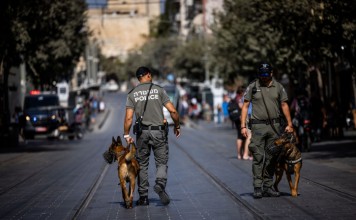 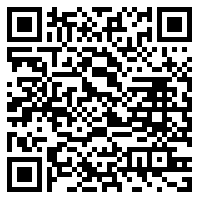